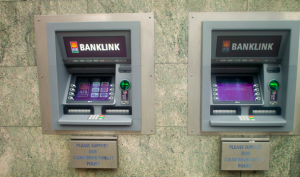 You know the way commentators and sometimes even An Taoiseach himself like to hammer Gerry Adams over his claim that he was not in the IRA? Gerry will raise a Dail question on, say, the number of jobs created in the past year, at which point  Enda will come back with a line about it ill-befitting the likes of Deputy Adams to speak of creating jobs, when he himself would claim, in the face of total disbelief, that he never had a job in the IRA. Faced with such blatant lying, An Taoiseach will say, how does Deputy Adams expect anyone to believe a word out of his mouth on any subject? Something along those lines.

Well, it now appears that Enda’s own dog has turned and bit him. In the course of a speech to a conference of the European People’s Party, Enda confided that when he assumed the mantle of Taoiseach in 2011, the governor of the Central Bank told him that in the coming weekend, he might “have to put the Army around the banks and around the ATM machines, and introduce capital controls like they had in Cyprus”. What’s more, he repeated the claim last October, last June and again three weeks ago. And his good buddy Simon Coveney, the Minister for Defence, parroted the claim. Last week, Enda had to admit that the governor of the Central Bank had said no such thing to him.

Why does Gerry Adams say he wasn’t in the IRA? For one of two reasons, I’d suggest: either he wasn’t in fact in the IRA, although openly supportive of that organization, or he was in the IRA but for legal reasons realizes that he must deny any such charges.

Why did Enda tell this yarn about the Army standing cradling their guns at ATMs throughout the south? One reason only: because he wants to impress voters with how dire things were when he and his buddies took over.

The charge usually leveled at Gerry Adams is that if he lies about being in the IRA, how can we trust him when he speaks about anything else? What other lies has he told us? So hello, Enda: since you’ve clearly lied to people about the army and the ATM machines (wouldn’t it have been easier to switch them off?), what other matters have you been lying to us about? You might want to start by focusing on the tremendous surge you say the  economy in your jurisdiction is now experiencing, thanks to you and your mates in Labour. Louder, Enda, please – I can’t hear you…

View all posts by Jude Collins →
Irishmen who fought in Great War brushed under the carpet. Or were they? – by Donal Kennedy
Some thoughts on Fergal Keane OBE by Donal Kennedy

14 Responses to Enda and the imperilled ATMs