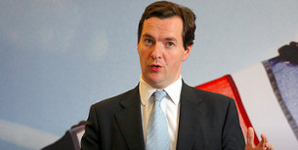 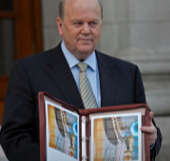 Scenario A:   Kid wakes on Christmas morning and finds Santa has brought him a wonderful Play Station thingy. Whoops of delight as he gets ready to enjoy his toy.

Scenario B: Kid has been told because he failed two subjects and pulled the cat’s tail he’s getting nothing – nada, nought, rud ar bith – for Christmas. Kid wakes on Christmas morning and finds Santa has brought him wonderful Play Station thingy. The house echoes to his screams of delight.

Question: which kid is more happy with his present? My guess is the second.

Is there a political equivalent of this? There might well be. Yesterday tens of thousands of vulnerable families were bracing themselves for painful tax credit cuts. Then at the last moment, George Osborne stood up in the House of Commons and said there’d been an unexpected £27 billion he’d found down the back of the sofa, so the tax credit cuts were off. Huge sigh of relief from the tens of thousands who were expecting the worst. Happy? Well yes, you could say they’re happy.

Meanwhile, what’s happening south of the Black Pig’s Dyke (copyright P. Warbeck)? Well blow me down and call me crazy: the Department of Finance has declared that €1.74 billion more has been collected from the public than had been the government target. Now although Fine Gael haven’t said it, you can be sure that, with an election roaring up on the horizon, some of that unexpected cash (“It had rolled under the fridge – we were so surprised!” – FG Minister for Finance Michael Noonan) will be used to distribute pre-polling booth sweeties.

With all these pennies from heaven showering down, it seems almost churlish to ask the question: can George Osborne and/or Michael Noonan count? Are they to be trusted to stop money slipping down the back of sofas and under fridges? With their misjudgements (happy though they be) in the billions, would it not be fair to classify the pair of them as economic illiterates?