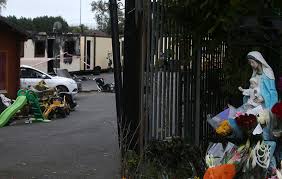 When I taught in Canada, one of the novels we studied was To Kill A Mockingbird, about the trial of a black man in the deep South for assaulting a white woman. The book exposed the racism and prejudice that runs so deep in that society and my students frequently expressed their disgust with the white populaton. “Everyone should be treated equally!” they’d declare. Then I’d ask them about the native people living in their city – what we used to call Red Indians – who suffered from destructive levels of alcoholism, educational failure and poverty. “Forget it – those guys just want to sit around all day drinking booze. Bunch of bums!” I’d be told.

It was an interesting insight into how good we are at weighing in on the side of persecuted minorities far away but pitiless when confronted with similar minorities on our doorstep. Sinn Féin, I note, have a motion in the Dail, urging that Travellers be recognized as an ethnic group. I assume that will afford them greater protection and equality before the law. They certainly need all the support they can get.

Some three weeks ago ten Travellers, including a number of children, died in a fire at their site in Carrickmines, Co Dublin. There were widespread expressions of sympathy. But when the authorities tried to establish a temporary site nearby for the bereaved families, the local people blocked it and refused to allow diggers to enter and prepare the site. After the funerals, several hotels refused entrance to grieving travllers.

In the west of Ireland, a man shot and wounded a traveller who entered his property, then followed him onto the road where the wounded man was trying to escape and shot him dead. Public sympathy was expressed, less for the hapless traveller than for elderly people who have to guard their property against robbery by travellers.

And so it goes. You can probably think of other instances nearer home. We ignore the appalling mortality figures for travellers, their educational failure, their lack of access to running water and heat, their general rejection by the rest of the population as though they had some disease.

Let’s hope the Sinn Féin motion results in some real change for these people, because for decades their treatment has been an appalling indictment of the Irish people.

If we want to see the face of prejudice, maybe all we need do is pick up a mirror.

10 Responses to Not in our back yard?