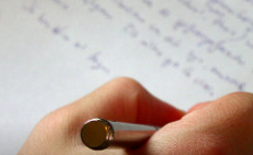 “In the North they say the priests are selling lottery tickets for the big places now belonging to Protestants, which they tell the people they will get  when Home Rule Comes. ”

The papers look fearfully serious. Ulster is an armed camp. Sir Edward Carson says – “If it be not peace with honour it must be war with honour.”

The Nationalists tried to land arms at Howth near Dublin and police were sent to prevent them. There was a row and shots were fired on the police.Then the soldiers appeared, the crowd hustled and threw things at them, injuring several, and finally thesoldiers started firing. Of course the outcry of “murder” on the part of the Nationalists is tremendous.*

Arrived this morning.  “Quite safe.”  Going off this morning into the unknown. The poor little mare wouldn’t go on board yesterday at Queenstown, so a sling was constructed (very badly) and she was hoisted in the air. The sling gave way and she fell in between the boat and the quay and lay on the ledge and gradually slipped into the water. She then swam right round the ship and was headed off by a boat. She wasn’t hurt at all but had to be left behind. I have gt a spare horse but I feel sorry about her.

God love the Quality, but you got to admire the fellow-feeling they have for their beasties.

* (This is a garbled account of events, which is hardly surprising, considering the kind of newspapers Kathleen read. She seems sarcastic about “the outcry of ‘murder,’ “” but in fact four people died and thirty-five more were wounded.)

Kathleen was from the Greene brewing family in Suffolk and related to Graham Greene.

View all posts by Jude Collins →
That Jeremy Corbyn – he had the nerve to appear on telly this morning…
‘To air strike or not to air strike Syria? – That is the question’ by Ciaran Mc

One Response to Some Greene correspondence in 1914 by Donal Kennedy