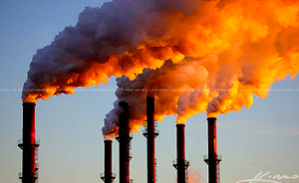 The lawn in my back garden is soaking. Every time I walk across it to replenish the bird-table, I leave a trail of dark footprints where my feet have sunk into the ground with a squelch. Weird. I don’t remember sqelchiness being the case twenty years ago.

All changed, changed utterly. And we all know why. Pace Sammy Wilson and his wisdom, climate change is upon us. I saw a Channel 4 item about Bangladesh, which is perhaps the country in the world most damaged by climate change. The sea is eating into the place, swallowing more and more chunks of the country.

Violence, coming from within as well as without: that’s a major reason for the huge waves of immigrants trying desperately to get into European countries. Climate change is another major reason, as people shift ground in an attempt to escape the punishment that Nature is meting out.

Except it isn’t Mother Nature that’s doing it, it’s us. With our relentless air travel, our never-ending car-lines, our air-fouling industry. And yes, Virginia, our farting cows. Some of the damage we’ve wrought is irreversible. But we can still put the brakes on if we choose. Governments need to know that people simply aren’t going to accept a planet that’ll be a toxic legacy for our children and grandchildren.

That’s why all over the world there will be rallies on Sunday 29 November  – two days from now – to let our masters know that we’re mad as hell and not taking it any more. There’ll be rallies in Dublin and Belfast. I’ve been given a few specifics about the Belfast one: it’ll begin with an ecumenical service in St Anne’s Cathedral at 1.15 pm, followed by a rally at 2.00 pm in Writers’ Square.

Sometimes our leaders have to be led by the nose to appreciate the mess they’ve made and the urgent need to get cracking and see it’s not made worse.

View all posts by Jude Collins →
George and Michael: Surprise, Surprise!
Jim Allister and his deep love for BREXIT

9 Responses to Taking the world’s leaders by the nose