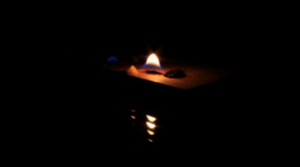 I ask the question because John Halligan, TD, has moved a Private Member’s Bill in Dail Eireann which would   recognise “the right of clearly consenting adults who are enduring intolerable physical suffering to seek medical help  to end their lives.”   (IRISH TIMES 16 December

If the Bill becomes law doctors and nurses will be under pressure, perhaps enforceable by law to snuff out the lives of their patients and to renounce the principle that they should seek to reduce suffering but not to accelerate death. Mr Halligan says that various opinion polls (unspecified) estimated that about seven-in-ten people would be in favour of assisted suicide for people suffering with a terminal illness.  Opinion polls are exact about responses from those who respond to them and Mr Halligan’s reported remarks seem vague to me.  He is also quoted as saying -“We are talking about people who, in their most desperate moment in life, are being deprived of their humanitarian rights.”  Human rights begin with the right to life. Perhaps somewhere someone has drawn up a list of “Humanitarian Rights,” including the ‘Right’ to have one’s life snuffed out.

Mr Halligan is clearly Up For Snuff. So tell me, Dear Reader, are you, too?

It’s one thing to support the wish of an adult who wishes their life snuffed out, but another to support the snuffing out of the lives of young humans who have not been polled. You’ll probably recall “Tara” from Cork, a healthy woman with a healthy pregnancy, who “couldn’t be arsed” to let her child live and travelled to London to have its life snuffed out and told her story on BBC TV, the IRISH TIMES. She was treated as a Heroine and a Martyr by those media and her child’s (“humanitarian?) rights considerd equal to that of of an ulcer or an ingrown toenail.  The Snuff Movement’s film didn’t show a Snuff Movie showing the snuffing. Snuff said?

The Snuff Movement is a serial abuser of language.In one instant they attempt to bury opposition in a fusillade of “F” words which have no validity. “Fatal foetal impairment” is much touted as a condition denying the right of a child in the womb to the protection of the rest of the human race.

So I ask you, cross your heart and hope to die – Are You Up For Snuff?

View all posts by Jude Collins →
Did you hear what Gerry Adams said about Thomas Murphy?
In the Buff for Christmas,

17 Responses to ARE YOU UP FOR SNUFF? by Donal Kennedy