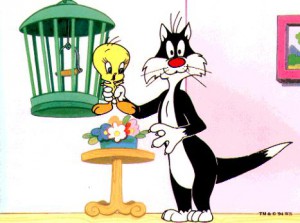 Here we go again. It would make you throw your hands in the air in exasperation at the madness , jumbled thinking and naievity of some of our denizens. Something called the “Protestant Coalition” is protesting about refugees coming into Norneverland. You ‘d know that Ooor Wullie Frazer would be in the thick of this “Christian” protest. Of course the bottom-line is the usual racist and religious paranoia that has long been the currency in Norneverland.Apparently this coalition is an overspill from the flag -protests of a few years back. They seemed to have adjusted their ire a few notches , to include Syrian refugees as well as the Alliance Party, Sinn Fein, the gay community and a right old lucky bag of everyone else who isn’t a super right -wing, non -liberal.
They’re going to protest on the streets of Belfast at the weekend ,just as the first handful of refugees are to arrive from Syria, while Cameron’s bombers get stuck into the task of erasing and flattening the country.Is it any wonder that the mad racists and homophobes are given their head when the likes of Willie Frazer talks of “extreme muslims” even though he , himself represents a form of “extreme stunt, street politics” and an “extreme protestantism” ,which many protestants simply fail to recognise. This vitriolic version of a mutated “Christianity” has long been the bane of life in Norneverland in any case , being in part responsible for the mayhem that engulfed all of us in past times.. Jesus Christ , being the Christian who Willie and his supporters purport to follow and serve would find this strange,closed attitude to the underdog , very interesting and revealing. It makes me wonder what part of the Christian ethos they do not get. Looking at it critically it makes you wonder why they even believe that they are Christians at all.
Of course our government’s action, is in part ,creating these refugees in the first place so it is just and good that they are being invited into our country , hopefully a place of refuge for them , as a compassionate gesture and are being fully vetted.. They are to be treated as you’d treat a guest in your own home. Obviously no one would want to invite any loopy ISIS Death Cult members as we have enough crazies of our own to contend with and many of them will doubtless be on our streets at the weekend, adding their voices to this protest.. You can rest assured that hate crimes will increase in the wake of this protest , unleashing as it will , the wilder men, to attack any “foreigner” they deem different from themselves.That has been the procedure in the past so it will not be unexpected when it comes . There will be much hand -wringing and that is wher it will end because the authorities cannot establish what a “hate crime” means.
My wife ‘s comment was …”dear… love these poor people to have come into a crazy place like this…as a last resort…. in the heart of winter… with these kind of inhospitable eejits howling at them” .
What was it the Christian ideal was supposedly based on?..”Love thy neighbour as thyself”. Can you really be a Christian and not unconditionally believe this central part of that belief system? Somehow , I don’t think so. Are people like Oooor Wullie simply lying to themselves. It would make their lives a whole lot simpler if they didn’t try to square that particular circle at all and possibly start their very own religion.
I have to say , it gives me the willies……!