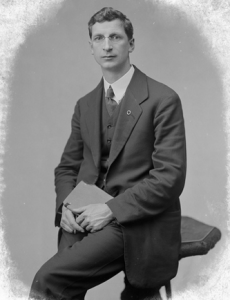 In 1938 The Illustrated London News carried photos from London’s Euston Station that look like stills from A Hard Day’s Night. Ecstatic  crowds, not waiting but rushing, a platform, and athletic fans running on the roofs of railway carriages, many of them waving the Irish Tricolour.

Nearly 20 years earlier, crowds, flying the same colours, filled sports arenas and concert halls in the United States to hear and cheer Eamon de Valera, the focus of the 1938 excitement.

In 1948 similar crowds welcomed him in  the newly independent India, the most populous democracy on earth.

The Irish electorate, having chosen, in six successive General Elections, “Dev” and his party as their leaders, had given them a break in 1948.  Dev’s name was honoured among nations which had suffered, or were still suffering , under the yoke of Imperialism.

(Winston Churchill was also out of office in 1948 but did not choose to visit India, whose people he hated. Besides, he was directly responsible for the deaths by starvation  of an estimated three million people there in 1942-1943 and would not have been welcomed.)

Imperialists/ Jingoists,  their admirers and collaborators, hated De Valera while he was alive. Since his death, and the deaths of those who knew him, those with a nostalgia for the imperial  yoke want to dance on his grave. No falsehood is left unsaid to blacken his name. The Spectator and The Sunday Times are amongst the offenders.

View all posts by Jude Collins →
That Hilary Benn speech
Not how long but how?

5 Responses to ‘Dev and imperialism’ by Donal Kennedy