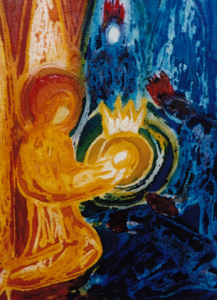 And here it is, Merry Christmas, everybody’s having fun…Well, maybe not everybody. On TV yesterday there was a large crowd of people from Dungiven, out protesting at their supercouncil’s decision to block  a sports development project from going to that town.  If you know anything about Dungiven you’ll know that sport is a central part of community life; the people there believe their rejection was politically motivated and they’re determined to fight the decision. I wish them well but I’d suggest they get a bit more specific when they say they’ll ‘fight’ or ‘resist’ the decision. Too often we hear that call: ‘Support us in our struggle’.  What concrete steps are you going to take? What steps could others take that would support you?  Enough with the vague talk.

Another group not having much fun will be the homeless. In the south of Ireland, for instance, there are reckoned to be over 5,000 homeless people, with well over 1,000 of these children. This, mark you, in a state where a homeless man died on 1 December 2014, a few hundred metres from Leinster House. The government at the time vowed to take steps to see that it never happened again. That was a year ago. Clearly the government, like the mills of God, grind slowly.  The numbers of homeless have now doubled.

Another group that are fun-free are the Syrian people. That’s because over 200,000 of them have been killed over the last four years, with the West’s bombing campaign playing a major role. When you were drawing up your Christmas list, the British government was drawing up a list of targets.

And then there’s the 800 million people in the world who go to bed not just hungry but suffering from malnutrition. Us? The Irish people are on their way to becoming Europe’s most obese. It’s a terrible problem, and it’s why Western governments are trying to solve the problem – it’s costing them too much in hospital patients and public health generally. Concerned about ourselves, you see. There’s no thought given to the obscenity of one half of the world suffering from excessive food intake and the other from insufficient food intake.

So if you want to get a last-minute present, do yourself a favour: get  a Trocaire gift-aid card and pass it to your friends or family – Trocaire or a similar charity. It’ll help in a tiny way to tilt the world’s balance towards justice and equality, and you’ll feel at least momentarily liberated from the consumerist fever.

Right –  that’s it. Nollaig shona daoibh to everybody. Thank you all sincerely for making this blogsite a lively and illuminating source of information and opinion. I’d stress that I’m including in my thanks  those people with whom I disagree. If I’ve been rude or unfair to you in the course of the year, I’m genuinely sorry. The site needs all perspectives, held with courage and expressed with respect.

OK Santa – you can harness up anytime.

56 Responses to Did you know it’s Christmas?