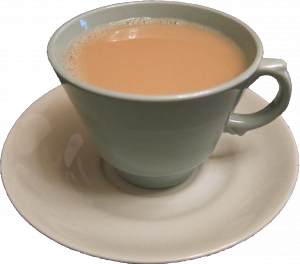 I see that tea’s good for you this year.Remember last year it was good old butter’s turn to be the health champion of the masses. I suppose if we wait around long enough they’ll discover that a smooth bottle of Malbec, sipped daily, will be a boon to the nation’s well-being too. On these issues I tend to row my own boat so I’ll be reporting on whether or not my life -expectancy is suitably enhanced in that quarter.There might yet be unforseen side-effects to consider, but so far nothing of value has fallen from my personage…..so , if it feels good ….do it!
Tea, now!
As you’ve probably gathered by now, if you are a regular reader, I have a fondness for a pot of the leafy , amber brew, usually starting my day with a stout issue of Punjana, poured from the full pot. I have, in the past ,indulged in the more esoteric tea types such as Jasmin, Lapsang Souchong, Earl Grey and the like , but when it comes down to the wire , it is proper “builder’s tea” made from Punjana ,that hits the spot every time . Taken without sugar and just a wee squeak of milk, it starts my day every time. There was a time when life wasn’t right without a good cup of strong Java coffee at some stage of the day ,but coffee ceased to love me some time ago. My love for it was unrequited and the indigestion that the black liquor engendered was difficult to ignore eventually. It was many years before I abandoned that love-affair but then such relationships can sometimes prove too tempestuous for your general well-being . There came a time to shuck it off like a spurned lover.Of course, this lover had actually spurned me. I would say to anyone, whether of advancing years or not, who might have some gut-related problems or digestive disorders,to try cutting out coffee and make the change to good old tea.
Now researchers have discovered that tea, besides giving you that morning kick , is actually good for your teeth too. Apparently the flouride contained within the tea herb , strengthens that hard enamel covering our teeth and this, in turn, protects them from decay and resulting cavities. Dentists like to call these holes, “dental caries “, apparently.The trick is to drink at least four or five cups every day and it is reckoned it’s safe to start anytime after four years of age. As too much flouride can also be damaging to the young, it is best to get them up to fighting weight before embracing the glorious habit. As you can imagine , I get my five- a- day for breakfast most days, already , but what with all that tea and red wine , it’s a good idea to invest in a quality toothpaste too to keep the stains at bay.
Another thought entered my mind while drinking my morning char was the idea that Donald Trump might be insane ? Well it comes down to that question , I suppose. He’s been around for many years now . One of those cartoonish characters like Mayor Boris in London , or take your pick from the sad menagerie of cartoons in Norneverland who constantly hog the airwaves with their absurd and inane prattle. This guy Trump, though, with his exaggerated mad comb-over hairstyle ,appears to be even more Right Wing than Sarah Palin’s mad Tea Party { See what I did there?} and actually wants to be the Leader of The Whole Wide World….or America , if you want to be precise. I know…I know, Ronald Reagan had similar dreams and look what happened there. George Bush Junior, too! Donald would be right at home here in one of our own right-wing parties too. He wants to bomb the bejasus out of all them thar muslims…just to be on the safe side ….Let’s face it if you get them all , you’re bound to get the really bad ones too!! He’d dearly love to send all those damned Mexicans back over the border too because they’re all illegal anyway…and rapists , to boot!.He hasn’t thought this thing through though because who would keep his garden in order ? Who would clean his house and do all those cheaply-paid jobs that the American economy relies on?
There are many simplistic Americans who would enjoy seeing the world burning , just for the hell of it…. to see what that kind of spectacle would look like and what the world would be like in the aftermath.They might feel that they haven’t much to lose.Some of them might be survivalists, already stockpiling foodstuffs in underground bunkers. Some have a notion that it will all be like a Hollywood movie where the good guys win in the end and the aliens get their commuppance from good old American Shock and Awe firepower..
Is the itchy -fingered Donald Trump the right person to have as president of the USA at a time when we appear to be edging ever -closer to some World War Three scenario? I don’t think so, somehow .They are currently bombing Syria after voting it through in the UK Parliament so don’t expect any of this to end in a good way anytime soon. Somewhere , they ‘ve found enough money at the bottom of the bag to make a lot more expensive whizzbangs while they complain that there is no money left for health services and education.
I think it’s time to pause and think and have another cup of tea.

7 Responses to EVERYTHING STOPS FOR TEA