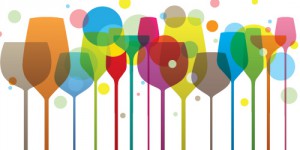 I’m back …sort of.
I’ll still need a lots of that good sleep, yet, to fully recover. All the visitors have seeped away back to their own lives. Well , most of the devastation has been cleared up and the house made right again. Everything of any value that might …and let’s face it, would have been trounced and broken, is back in its rightful place,rugs, mats ,tables and glass, retrieved from the shed where it had lain in comparative safety these past few days.. The pictures and paintings on the walls survived right enough.Let’s face it , you can’t simply de-construct your home completely for a party. There were maybe a handful of broken wine-glasses but fortunately most of the youngsters , of the current generation, neck their beer and ale, straight from the bottle . Vaguely uncivilised to usold uns, who enjoy a well-poured ale, but really a saving grace on glassware when it comes to our mad parties.As Kelly would have it , “These youngsters would drink beer from a dead man’s hole!”….I reminded him that there was a time when we’d have done exactly the same thing.
The wife insisted on buying a box those little unbreakable wine “glasses” off the Amazon website and she was proven right , even though, when we unboxed them they were so small they might have graced the Teddy Bears picnic moreso than one of our homegrown bacchanals. Still…they provided a bit of light relief and certainly slowed down the rate of breakages.Our own two or three days of cooking and preparation were supplemented by incoming family members bearing salmon, goulash ,Morroccan street dishes,beautiful vegetarian concoctions, desserts and thankfully ,more alcohol. it’s a fact that alcohol evaporates rapidly when a group of revellers gather and time ceases to exist.
Well ,the party began on a slow burn somewhere around three in the afternoon to accommodate my Golden Grand-daughter some of the younger, tinier members of the ensemble .It was , naturally enough ,one of the worst days for rain , but gradually the house filled with people shucking off their rain-soaked coats to steam-away down the hallway in one of the bedrooms. The music played , conversations ensued and daughters dad-danced with dad to Dylan’s “Blonde On Blonde” , the Four Tops and the Temptations.Some seven hours later the guitars came out and , as Huw recollected later ,”I think we maybe levitated somewhere in there” while hammering a three-chord endless riff on Van, Them and Patti Smith’s version of “Gloria”/”Horses”, for the best part of an hour….to a banshee choir of righteously enebriated and elevated backing singers…Oh dear joy!!
…..Well at least none of the neighbours called the police….
In the aftermath, all that remained of the food and drink when we scavenged through the riddled remnants ,were black bin-bags crammed with beer and wine bottles and a scattering of depleted plates that would prove slim pickings for even a winter robin.The two-day jerked ham lay in crumbs , the salmon …not even a rickle of bones , its deflated skin a sad wrapper of what used to be amighty king- fish . Some revellers had bedded down, defeated at around five am and others lay where they could find a space, covered with a scvenged throw.I departed to buy a dozen eggs for the survivors, some five hours later at around ten that following morning and Helen somehow managed to make scrambled eggs for breakfast.
It’s strange how you can reclaim your life by switching off the television and the internet for a few days .Politics ceased to exist for a while .All that remained was the task of re-stringing and re-tuning the hard -pressed guitars ..I’d do that when my head stopped ringing. They sorely needed a little of that tender and loving care . .That TLC.
We needed a bit of that , ourselves.

4 Responses to I’M BACK