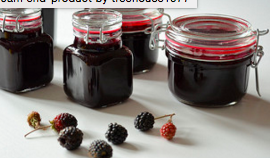 A week or so back I was watching Simon Coveney on the TV. The Fine Gael minister was telling anyone who’ll listen that his party are all set to build thousands of houses and they’ll do even more in the future.  This from a man whose party is witnessing well over 2,000 homeless people in Dublin alone, with well over 1,000 of those children.

This makes Simon a first cousin of Leo Varadkar, the Health minister in the south. Leo, who was a doctor himself, says he’s going to start making the south’s  health service really really efficient and as near as dammit to free for the very old or the very young; what’s more, they’ll be looking after the part of the electorate in between the very old and the very young in next to no time. This in a state where a homeless man died on the street within a stone’s throw of the Dail a year or two back, and where people in hospitals are currently sleeping in corridors, have to endure appalling wait-times before they get to see a consultant (assuming they’re not rich), and who get more than €50 removed from their purse every time they bring a child to the doctor.

How do people like Simon and Leo manage to get people to believe this sort of balderdash?  You have Fine Gael, senior partner in a government which has spent some five years squeezing the life out of people who are barely getting by. Then an election peeps above the horizon and Fine Gael ministers tell the people: “We’ve reached the turning point, hooray.  You’ve been so good at making sacrifices,  we’re almost the most booming state in the world. So obviously it makes sense to re-elect us, otherwise all your sacrifices will be frittered away by economic illiterates. If you vote for us in this next election, we’ll  see you’re rewarded for all noble sacrifices you’ve made while we were in government”.

Maybe it’s less a question of people believing this codswallop and more one of people giving up on politicians ever delivering on promises. So  they vote instead for the guy with the friendly manner or the woman with the nice dress-sense,  sure who knows, they might by accident do something right. So they vote in the same old same olds, and find themselves back in that bad place where it’s no jam today but definitely jam tomorrow.

I have a possible solution:  everyone in the electorate must be forced to read George Orwell’s novel 1984.  In it the author deals extensively with the public memory. Through government manipulation, people’s vocabulary is restricted, and so they struggle to remember what actually happened in the past. Were things really worse than they are now? Were we really promised such-and-such, or  are we just dreaming someone promised us something? Maybe in Orwell’s fictional  characters the south’s electorate might recognize themselves, and take the necessary steps for real change.

Sometimes, to make it simpler for people, candidates stand for election on a one-issue ticket.  They might be anti-water charges, for example. So people vote for them or against, depending on whether they agree on water charges.  The price for this clarity, unfortunately, is that it leaves out an awful lot. Things like health and  education, for example.  Your chosen candidate might have it spot on about water charges, but might be hugely uninformed about hospital waiting lists or the collapse in teacher morale. Single-issue people provide focus, but alas they offer a blind eye on just about everything else.

As you’ve probably noticed, there are quite a number of Irish people who like to take their cue from England. If the Brits are doing it it’s probably good, and certainly a lot better than we paddies could ever come up with, left to our own devices.  Which is why you’ll see so many Irish TV programmes that are a sickly imitation of what’s across the water.

Over the next two months, when people in the south will decide who’s to form their next government, Fine Gael must be hoping that the Irish electorate will take their cue from the British electorate. Having endured savage cuts and economic stagnation under Tory rule, the British put the Tories back in with an over-all majority. Enda Kenny must be hoping the Irish people of the south will do likewise, and give him and his party an increased majority.  And guess what? The polls are suggesting that’s  just what they will do.

As Shakespeare said: If you have tears/Prepare to shed them now.

21 Responses to Jam and its postponement