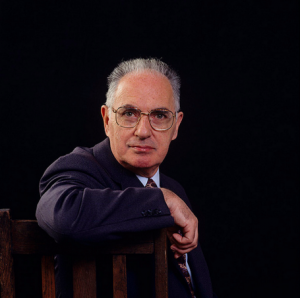 Your obituary (June 8 2013) of  Ruairi O Bradaigh has some striking phrases. Its subject was ” driven by a fundamentalist commitment to the tenets of incendiary nationalism.”  The events of 1969  “drove O Bradaigh and other like-minded republicans to assert the primacy of the gun over the ballot box.”

Constitutional  nationalism, allied to British Liberalism had a parliamentary majority at Westminstera century ago which was  rendered impotent by  the guns of a Conservative/Unionist Freikorps, supported by senior members of the British Army, and many clergy.

When Sinn Fein, with a Republican manifesto  ,won a National Mandate in 1918, reinforced by victories in Municipal and Council Elections  in 1920, the gun was used to erase the elected Republican Lord Mayors of Cork and Limerick. Crown Forces celebrated their incendiary heroism in Cork by wearing burnt corks in their hats, and Major Bernard Montgomery declared that he didn’t care how many houses he had to burn to defeat Sinn Fein. His father, an Anglican Bishop, helped finance the Ulster Volunteers in 1912.

While attempting to invalidate elections by burning voters’ houses, the British Government suppressed newspapers, though your paper was not one of them.

Ruairi O Bradaiigh was no stranger to the ballot box, having come second, at the age of 24, to the legendary General Sean MacEoin , in the 5 seater Longford-Westmeath constituency in  1957. As O Bradaigh did not acknowledge the authority of  the Leinster House Dail Eireann he ran on an abstentionist ticket. He may have been misguided, but  he followed honourable precedents,

By contrast, following the Westminster General Election of 1955 the candidate who came second in the one-seater constituency of Fermanagh  South Tyrone, the Unionist Colonel Robert Grosvenor, the richest man in the United Kingdom, took the Westminster seat. The electorate had chosen an IRA prisoner, Philip Clarke, on a Sinn Fein abstentionist ticket, to represent its wishes to the world.

Twice in 1955, in the General Election and a by-election,a majority of the voters  of Mid Ulster chose the IRA prisoner Tom Mitchell, on a Sinn Fein ticket to represent their wishes, but again the majority was over-ruled.

I believe the re-iteration of these facts should help put Ruairi O Bradaigh’s life and work into a wider perspective than of your begrudging obituarist.

One Response to Letter to the Editor by Donal Kennedy