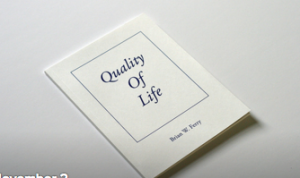 On Monday in Belfast High Court  Judge Horner ruled that abortion should be allowed in cases of sex crime and fatal foetal abnormality. I did a blog a few days back where I tried to express my thinking about abortion for a pregnancy resulting from rape, so let’s park that one for the moment.

The reason I’m raising the second circumstance – fatal foetal abnormality – is that Professor Jim Dornan, an obstetrician, was interviewed by Mark Carruthers on The View last Thursday. He said Judge Horner’s tone was ‘compassionate’ and changed the tone of the abortion debate. He also said, significantly, that the term ‘fatal foetal abnormality’ was not to be found in any medical textbook. “No doctor knows when a baby’s going to die. I mean we’re all fatal – and a life of a few minutes can be as perfect as a life of sixty years”.

He may have had in mind the case of a baby called Hope, born last week in England  to a woman called Emma Lee, along with a healthy twin brother. Hope lived for just over an hour. The parents were expecting this, since part of Hope’s skull and brain had been diagnosed at thirteen weeks as not developing properly. But the parents decided against an abortion and the baby’s kidneys and liver cells were donated to help adults.

Her father said “She only lived for 74 minutes but she has achieved more than some people do in a lifetime.”

I found both the Professor’s statement and those of the parents stopped me in my tracks. It’ll certainly make me think twice, next time I’m tempted to talk about someone’s “quality of life”.

10 Responses to Not how long but how?