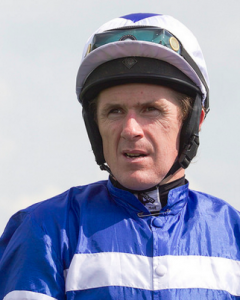 OK, this year I’m conflicted. (A grand word, conflicted.)  Normally when the New Year Honours List appears, I tend to make comparisons with the ribbons, combs and mirrors that the white man gave to the native people of North America in exchange for thousands of acres of land. Not that those on the Honours List have thousands of acres to give in exchange for the royal baubles they receive – only their dignity. How can one be anything but undignified if you must kneel before the Royal Person to receive your trinket, and walk backwards from the room in case you’d insult the Royal Person who has so honoured you?

But this year I’m conflicted, and it’s all T P McCoy’s fault. The greatest of jockeys has always come across as an intelligent, modest man, true to his Moneyglass roots and fearless in the practice of his craft. Only now McCoy has been made Sir Anthony, and has expressed fulsome gratitude for the honour done to him by “Her Majesty the Queen”.

My first reaction was that one Irish Sir Anthony – you know , the bankrupt one – was enough to inflict on us; two seemed cruel and unnatural punishment. But then I thought about it, remembering the unmistakeable greatness of McCoy, and it struck me that maybe it was none of my business, that if he chose to accept a knighthood, that was his affair, not mine. And that’s true.  But I still can’t shake my sense of sadness that an Irishman of McCoy’s superb talents would see fit to kneel before a woman who has her job solely because of who her da was.

I know that wiser minds than mine will untangle this McCoy dilemma for me. While I’m waiting for them to do so, let me reference the difference in response to a royal offer between  Sir Anthony McCoy and the poet Benjamin Zepheniah.

Polls and what they tell us
The perils of canoeing