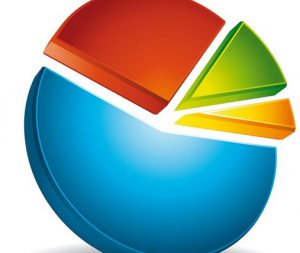 As I write this I’m listening to some RTÉ pundits talking about the past year and the coming election. They’re saying Enda will be gone in five years’ time, so he will take his time about when he calls a general election. He’ll want people to see how dignified he is (no, I made that bit up). But there is a general round of  RTÉ “Yeps” that Sinn Féin were riding very high about a year ago and are not riding nearly so high in the polls now.

As it happens, the New York Times is also talking about polls this morning. It concerns itself with the polls that show Donald Trump way ahead of the Republican pack. The paper points out that the people who attach most importance to polls are generally those whose party or candidate is shown by said polls to be leading the field. In Trump’s case, the New York Times notes, the poll was drawn from the 25% of people in the US who identify themselves as Republicans. So that when polls showed Trump with 30% support for his candidacy, he was getting the thumbs-up from between 6-8% of the American electorate – roughly the same number who think the moon landings were faked. Besides which, the paper notes, polls can have a sample that’s too small from which to draw any significant conclusions, and even bigger samples are often drawn from those with landlines, ignoring the many people who use mobile phones. Plus of course people’s opinions can change as the days and weeks pass until polling day.

That thing about about who gets asked by pollsters is very interesting. Like many of you, I’ve spent most of my life  in this tormented little corner of Ireland. There aren’t all that many of us. But not once have I ever been asked to contribute to a political poll and I’ve never spoken to anyone who claimed to have been consulted by a pollster. Plus you’ll notice that the bit about the sample’s reliability and validity is the bit that the report usually spends least time talking about – it might get a sentence at the end but that’s it.

The result of the last British general election gave the pollsters a good hard kick where it hurt. That, of course, won’t stop them  telling us what will happen in the elections north and south next year. So keep that in mind if you’re thinking of placing any bets.

Finally, my thanks to all who’ve taken the time to read and, in so many cases, contribute to this blogsite in 2015. I look forward to even better discussions during the coming year and hearing your predictions for the coming elections.

View all posts by Jude Collins →
‘Paisley and Irish Unification’ by Jessica McGrann
Oh A P – did you have to?

26 Responses to Polls and what they tell us