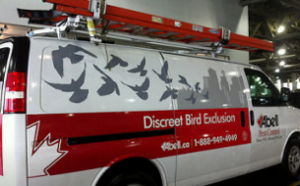 There’s foreign policy and domestic policy. This morning I heard separate reports on each, both quite instructive.

The foreign policy interview was on BBC Radio 4, and it was with a British general about the state of things in Afghanistan, and how much difference British and American troops had made. While it was instructive to learn that the Taliban control cities all over the country and are an increasing threat, what interested me was the way the general talked about the war.

He spoke of British troops ‘going into Syria’. Think about that. He didn’t really mean ‘going into’ in the sense you or I might go into a shop. He meant ‘going in and killing anyone who tries to stop us’.

He spoke of ‘tours of duty’. What that means is, the period of time during which soldiers, in this case British, spend in a foreign country killing people who disagree with them, often the indigenous people. Perhaps because being there for more than six months might drive them mad, soldiers are brought home, where they’re refreshed before making themselves available again for more touring and doing their duty. That is, invading and killing people in their own country.

Why do generals and all of us talk this way about war? Because the truth is too ugly to think about. If we can get away with a bland or even noble synonym for killing and cruelty, we’ll opt for that.

The other piece I heard was on RTÉ. It was speaking of the fact that by 2030, it’s estimated that the south of Ireland will have per capita the most obese people in Europe. Leo Varadkar’s solution was to put a hefty 20% tax on fizzy drinks. Apparently this would save maybe 10,000 lives annually. I’m not sure how reliable these projections are but in any case the Finance Minister, Michael Noonan, didn’t respond to Leo’s letter urging the tax. Why? Because there are a lot of big fizzy drinks companies operating in Ireland, giving jobs to some 3,000 people. So Leo’s little tax suggestion crashed and burned. It also showed, I think, how the lives of Irish people are expendable, and that big multinationals trump national governments – or certainly the government in the twenty-six counties – when it comes to life-or-death decisions.

Putting a noble icing on the bloody horror of invasion and slaughter, pretending we care about all the children of the nation equally when our government clearly cares more about sucking up to multinationals: that’s what the West’s democracy is giving us today.

11 Responses to Putting a gloss on things