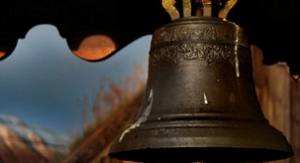 Letter to the Irish Times:

There was a time in Ireland when those having a lie-in on a Sunday had to pay a fine. They had a  real grievance, most particularly if they did not adhere to “the Church by law established.”

The grievance of those who object to hearing the Angelus bell on RTE is counterfeit and contrived. The late Conor Cruise O’Brien  posed  in your columns as the champion of Protestants  suffering from a Catholic imposition, but was answered by a Church of Ireland cleric who pointed out that the Angelus prayer features in the King James Bible.

Gavin Tobin (43) believes the retention is unjustifiable (October 31) and believes his youth is a clinchingargument. Such faith  moves molehills.

I’ll be 74 very soon but flatter myself that I’m not yet so cranky that I’d ban church bells, Christmas, Easter, Islamic calls to prayer, or having a lie-in on the Sabbath

If I have one complaint about RTE it is that it has too many advertisements, many of them dripping with insincerity.

View all posts by Jude Collins →
Gerry and the criminals
Did you know it’s Christmas?