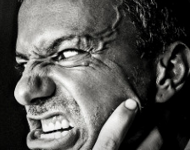 In the IRISH TIMES of December 29 one Sean O’Donnell, a retired Civil Servant recalled the Silver Jubilee of the 1916 Rising with beatings by the Irish Christian Brothers at Colaiste Mhuire in Dublin when he was 13. The headline was “Heavy-handed school teaching of nationalism.” It was a contribution to “Rite and Reason”, a regular IRISH TIMES feature.

I too was a Christian Brothers boy as were most of the males in my family. The following observations have been little amended since they first appeared in THE IRISH DEMOCRAT some decades ago.

To read some commentators, the Irish Christian Brothers were distinguished mainly for violence and the approval of its use for Republican ends. My father and his brother, my mother’s four brothers, my own two brothers and myself were Christian Brothers’ Boys, so I think I know something about the Order.  I have before me a photo of my maternal grandfather and his four sons taken about 1910,  a couple of years or so before his death. Before me also is a certificate from the Commonwealth War Graves Commission that the youngest son is remembered with honour on the Singapore Memorial and that he died  on 13th February 1942 when I was six weeks and five days old. Uncle Leo was a Warrant Officer Class 1 with the Royal Army Service Corps, and two years younger than my mother.

In May 1916 and six weeks shy of his 17th birthday her next eldest sibling, two years older than her, was badly wounded on the Battle Cruiser HMS Princess Royal by a shell fired by the Kaiser’s Grand Fleet off Jutland. Uncle Jack was mad about the sea and had signed on for 12 years. He served those years, and once, by happenstance his ship and Leo’s troopship were in Constantinople at the same time.

For my own first twenty-three years,  I passed a five-foot wide coloured photograph of ships on the Bosporous, a souvenir of that meeting, going in and coming out of our home on the Hill of Howth, and it remains there to this day. I’m told that had my Grandfather lived he’d have seen his sons in Hell rather than in His Britannic Majesty’s Forces, but that’s by the bye.

A few years older than Jack was Ned, a GAA man who played the pipes and, as member of Fianna Eireann helped unload the Asgard at Howth.Whether John Redmond or Tom Kettle affected his judgement or, as my mother believed, he’d been disappointed in love, didn’t he join the Dublin Fusiliers and eventually in 1918  get sent  home to die after being gassed in Flanders. His family nursed him back to life,though his breathing was permanently impaired.

There’s long been an ignorant tendency to label John Redmond and those who heeded him as pacifists. There has now emerged not as an “igno” but a bellowing rant from ex-Taoiseach John  Bruton to so label Redmond. But I imagine if Bruton had been about in 1916 he’d have demanded a knighthood for Captain Bowen-Colthurst and a round of drinks for the squaddies requisitioned by the Captain  for their informal execution of Francis Sheehy-Skeffington, the most notable pacifist in Ireland,

The same ignorant tendency then, and the ranting Bruton today, would surely define the eldest of my mother’s brothers as a man of violence. No, Uncle Denis never joined the IRA. When the Great War broke out,and until his death in 1971, he was an Irish Christian Brother. Besides turning  great numbers of urban urchins and barefoot peasants into an Irish middle class (surely the greatest of their sins?) the Brothers numbered amongst themselves some bad ‘uns indeed.

The worst of them were monsters,who provided cheaply or free, gratis and for nothing the suffering which rich and titled Britons paid thousands of pounds per term for in their public schools. I’m reliably informed of one such, a stone’s throw from Windsor Castle, where young pupils had to run a gauntlet of older ones hitting golf balls at them. That was in the 1990s.

I still remember a Christian Brother from the garrison town of Omagh  who stood out as a bully. He had an habitually angry red face, and he taught ten and eleven year olds in the Dublin suburb of Sutton. He would ask questions on the Catechism, the answers to  which we were supposed to have learnt by heart.The doctrines had long ago been formulated by  Fathers of the Church, learned in Hebrew Scripture and

Classical Greek philosophy, and presented to us in language that didn’t quite trip off our tongues with ease. In his zeal to teach us the Love of Jesus, Brother McCullough would box the ears  of any boy who stumbled over a polysyllabic and abstract word.  If his face was habitually red, it was anapoplectic purple when it came to the Church’s condemnation of secret societies. He launched into a tirade about the IRA to the puzzlement of everybody. To us,the IRA was as remote as the Fianna of Fionn MacCumhal and the Red Branch Knights of Cuchulain. Sure, there were the veterans, respected pillars of society, jovial and kindly fathers, uncles, grandfathers and neighbours. But, to ten-yearolds in 1952 the IRA were pre-history.

A few months later three young men, Cathal Goulding from Dublin, Manus Canning from Derry and John Stephenson from God-knows-where, revived the IRA, getting enough rifles to equip an army company of 100 men.They didn’t get these from the Irish Christian Brothers, but from a public school in Felsted,Essex, founded by Richard Rich in 1564. The aptly named Rich had been Lord Chancellor under King Henry VIII of England, the first English monarch to declare himself King, rather than Lord, of Ireland. Rich’s fortunes  were the fruit of the suppression of the monasteries of England, which, like Henry’s Kingship of Ireland, was established by violence.

View all posts by Jude Collins →
Deputy Halligan and doing the right thing – by Donal Kennedy
What Peter, Maggie and Ian said back then