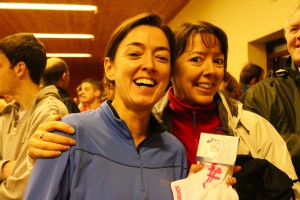 I’m just about to head for Greencastle, Co Tyrone, for the annual 5-mile run. It looks like a grey day for it but I know the area will be lit by the energy and enthusiasm of the hundreds of people taking part and helping organise this event. Celebrating its thirtieth anniversary, it gives the lie to Maggie Thatcher.

You’ll remember Thatcher once famously announced (the arrogance of it, when you think about it) that there was no such thing as society, only people and their families. Greencastle on St Stephen’s Day/Boxing Day begs to differ. I will know some of the people there but the great majority I won’t. That doesn’t matter. There’s a palpable sense of a community coming together, of people escaping from the bosom of their families to mix and talk and run and pant and groan and laugh. We need each other. Solitary confinement isn’t a feared punishment for nothing. Our families are of central importance to our lives but so too is the wider community, and we’re not complete without the security and joy that comes from being a part of it.

See all those people at the Stephen’s Day/Boxing Day sales?  They’re looking for a bargain, yes, but they’re also, even they don’t know it,  on the hunt for a community of people with whom they can identify.

We’ll be going to the polls this year, north and south. Maybe we should ask “Which party has worked to bring people together in pursuit of common goals, and which has driven people back until all they can think of is their job and their families?”

View all posts by Jude Collins →
‘Collusion is not an illusion (Part 1)’ by Jessica McGrann
Post-Greencastle: Best In Class!

8 Responses to Thoughts on heading for Greencastle