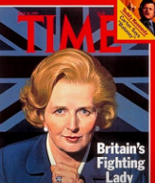 Arguing from the particular to the general is a risky and often inaccurate business. Because you meet a unionist or republican who talks rubbish does not mean that all unionists or all republicans are rubbish-talkers. That said, examples can provide intriguing pointers.

For example, we have a tendency to assume that the authorities know better. If Thomas Murphy is tried in a jury-less court, the authorities probably have information that makes sense of this decision. Or if savage cuts are made in the NHS, that’s probably because the Chancellor of the Exchequer realizes There Is No More Money.

If you’re given to this they-know-better line of thinking, a dip into the archives can be interesting.

Recently-revealed state papers tell us this morning, for instance, that Irish Minister for Foreign Affairs (sic) in 1986, Fine Gael’s Peter Barry, believed that Ian Paisley was “running out of steam”. Not just that but the man to keep an eye on was Peter Robinson, who was “dangerous”. Nice call, Peter. And good to know the public was paying you for judgements like that.

But hey, let’s not be too hard on the Fine Gael man. The state papers show Paisley himself wasn’t always that bright in his judgements. We all know the famous poster of him with a sledgehammer, vowing to Smash Sinn Féin.  In 1986, it seems, his view on Thatcher was that she wasn’t an Iron Lady at all but just “a tin-foil cutty”. And to think there were thousands who accepted Paisley’s pronouncements without question.

Thatcher herself, we know,  made a huge misjudgement in ‘standing up’ to the demands of the hunger strikers for political status. But the newly-opened state papers show that she entertained even wilder thoughts: “What would you do if Dundalk were bombed?” she asked Garret Fitzgerald back in 1986. I’ll resist the temptation to point out that Dublin and Monaghan had already been bombed with the help of British forces. But supposing the RAF had run a bombing mission over Dundalk – what would have been the reaction of Irish people?

One of two things, I’d say. It might have had the effect that Hiroshima and Nagasaki had on the Japanese: they realized they couldn’t continue fighting against such terrible might and surrendered. Maybe Irish people would have drawn similar conclusions and support for the IRA would have dried up rapidly.

A second, more likely reaction would have been that the IRA would have received a boost that would have made the aftermath of Bloody Sunday look anaemic. What had been a conflict confined largely to the north would have flooded the entire country. We could well have been back to something resembling the Black and Tan War.

What the state papers tell us is that the authorities are  capable of being beyond stupid in their judgements. We mustn’t generalise, but at the same time we might keep that in mind when reading Pat Rabbitte’s latest dictum, that Sinn Féin have “a vested interest in maintaining misery in Ireland”.  If they were here today, Peter, Ian and Maggie would have recognized Pat’s quality of judgement immediately.

20 Responses to What Peter, Maggie and Ian said back then