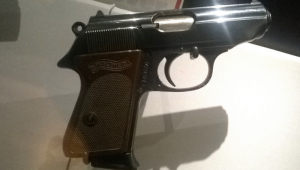 If you want to spot someone who’s sloganizing rather than exploring key events during our Troubles, check if their sole focus is on the IRA and its ‘murderous campaign’. Or, in the case of more liberal-minded commentators, on the ‘murderous campaign of the IRA and loyalist paramilitaries’. You could dismiss such people as blockheads and move on. Or you might be tempted to introduce them to two new words: state agents.

The latest possible involvement of state agents to surface is the slaughter that occurred at Frizzell’s fish shop on the Shankill Road. Chief Constable George Hamilton may tell us robustly that no prior information about that bomb was available, but there are questions being asked which demand answers that match Hamilton’s certainty.

Last week a judge investigating dozens of Troubles-related cases said that the withholding of documentation by the police and British Ministry of Defence was “preposterous”.

Last Spring the BBC’s Panorama listed events from the Troubles in which the state was secretly involved and are currently attempting to cover up. These included the five people killed in the Ormeau Road bookie shop and the ten Protestants killed at Kingsmill. Nuala O’Loan told the programme that the agents involved were a law unto themselves. “Hundreds and hundreds and hundreds of people were killed because those people were not stopped in their tracks.”

John Stephens in 2003 found that a group of army and police officers “actively and deliberately helped a loyalist paramilitary group to kill Catholics”. What’s more, as we all know by now, investigations of this group was obstructed at every turn. And I haven’t even touched on the dozens of cases detailed in Anne Cadwallader’s book Lethal Allies.

Will we ever get full disclosure of all these state-related killings? Not if the state can help it. Is a discussion of the Trouhles with someone who refuses to acknowledge that those paid to protect us were involved in killing innocent people – is such a discussion worthwhile? A firm No must be the answer. They’re part of the problem, not part of its resolution.