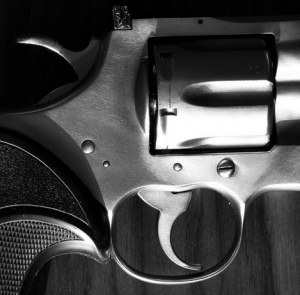 “Nineteen-sixteen introduced a terribly-toxic thread of physical violence, and we’ve had a century of it ever since.”  Thus Ruth Dudley Edwards is quoted in THE IRISH TIMES Weekend Review  of 2nd January.

Ms Dudley Edwards was born in Dublin in 1944 and has lived there much of her life. Dublin has suffered little violence since the Civil War ended in 1923, and the same can be said of Cork, Limerick, Waterford, Galway, and Kilkenny. Perhaps in Europe only  the cities of Switzerland, Sweden and Portugal have enjoyed such freedom from violence. Such freedom was not fortuitous. Swiss, Swedish and Portuguese Governments chose not to embroil themselves in war. Irish Governments did likewise. And there would have been no Irish Governments to save most of Ireland from war had Pearse, Connolly and their comrades not staged an Insurrection in 1916 and presented the prospect of citizenship, rather than subjection, to the Irish people.

Pearse and Connolly put their names to the Republican prospectus, unlike a correspondent to the IRISH TIMES of 1st January 1916 quoted in the paper’s Weekend Review of 2nd January 2016.  That correspondent wanted conscription, which was about to be enforced in Britain, to be extended by Britain to Ireland. The Rising ensured that Britain never dared to do so.By Easter 1916 Britain had been engaged in the Great War for nearly nineteen months and a very toxic multi-strand cable of violence created which continues to this day. Witness Iraq, Syria, Palestine, Lebanon, Turkey, for instance.

This year will see the sixtieth anniversary of the sordid Anglo-French-Israeli Suez aggression. Ireland would have shared in that and other Imperial stunts had it not been for the Irish electorate’s acceptance of the prospectus offered them by Pearse and Connolly in 1916.

Ms Dudley Edwards invites us to “cast a cold, clear eye on the tradition Ireland has embraced”  which she categorises as “all about killing people.”   Her nod may be as good as a wink to a blind horseman.But those  with clear eyes, like the Irish electorate of 1917, 1918, 1920, 1921 and later knew that the tradition was not about killing people. It was about not killing people at the behest of the British Government. It was anti-militarist. British policy in 1916 was militarist then and cannot be absolved of the charge a century later.

Not much nutrition at Dublin Castle
Labour’s gay-wedding ad: homophobic?

8 Responses to ‘1916: a toxic thread of physical violence?’ by Donal Kennedy