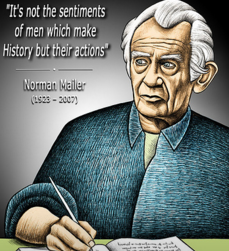 Poor Joan Burton. She must be wondering what sin did she commit in a previous life, that all these banana skins have been placed in her path. No sooner has she fished herself out of the soggy depths of the flood water  than the party she leads finds itself in hot-water for an attack-ad it’s produced against the Austerity Alliance people, Fianna Fail and Sinn Féin.

One of the charges Joan faces with this ad is that it’s displaying homophobia. I don’t think it is – but there are quite a few people who’ll disagree with me. And there’ll be those who are themselves homophobic who’ll look at the ad and link the faces in it with homosexuality. It’s a sort of reverse blonde-draped-over-car-ad approach: the attractive woman is linked with the car in the hope that the attraction will include the car; this gay wedding ad may well be viewed negatively by those opposed to gay marriage and their disapproval may wash over to include those featured in the ad.

More interesting than the gay-bashing/non-gay-bashing argument is  the substance of the ad. It’s saying that Fianna Fail and Sinn Féin, along with anti-austerity TDs, may well form an alliance after the coming election. I think that’s a fair enough conjecture. Despite Micheal Martin’s protestations, if the numbers stack up and if the Shinners and the AAA people will have them, Fianna Fail will do a deal.

But then again, you could have substituted the head of Enda head for the head of Micheal and the same point could have been made: if the numbers demand it, Fine Gael will do a deal with any political grouping they think will let them have a share of government and will be for the good of the party.

But that would be in contradiction to everything Fine Gael has said about allying with the Shinners wouldn’t it? Exactly. And your point is? Politics is the art of the possible, and Fine Gael would tie the knot with the Monster Raving Loony Party if they thought it would benefit them.

I’m not much of a political forecaster (who is?), but I’ll forecast that. Power is the aphrodisiac that burns away principles in super-fast time.