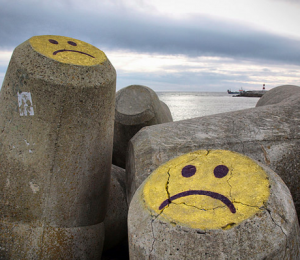 As we are about to enter the centenary year of the Rising, the event which gave birth to the Irish Free State, the changes in attitudes since the half century anniversary based on the attitudes of the media are stark.

Britain is now the flavour of the day, helping out with the economic bailout as Cameron referred to as “helping a friend in need”.

Irish Nationalists in the north-east were left to the mercy of Unionism within the new gerrymandered state, but considered it a price worth paying for the freedom for the majority of the country, our country, or at least it was then.  So they could finally build the Irish Republic that its people fought and died for and in which their comrades in the new gerrymandered state played their part.

As I am sure was expected, unionism abused the power given to them through British occupation and by the 50th anniversary, the northern Gaels were on the sharp end of the stick from militant unionism. Even when this encroached into the Free State with the Dublin/Monaghan bombings  and British prime minister Harold Wilson had rounded up those responsible, Fine Gael chose instead to lie to the people and in fact facilitated the removal of all key evidence, which was what had been expected to happen by those responsible, who made no attempt to hide their identities.

Another 50 years have passed and once again we have Fine Gael in power and sure enough, the honesty to the people has not changed though capacity for its delivery has improved significantly via independent media.

This time the problem is with Sinn Fein providing a viable alternative option in the southern elections and having the gall to be using exclusively peaceful methods, having their finances visibly accountable and doing more to promote peace and reconciliation than any other grouping on these islands, removing the old sticks and therefore requiring new ones.

Now we are told that Sinn Fein are not actually a democratic party, but are being manipulated by no less than the IRA Army Council.

Yes, all decisions are made democratically by vote, but apparently before a vote is taken, each member has to go into a room first and be told what way to vote by a Godfather figure in the shadows that runs the show.

You might wonder, why go to that much bother, when the question is known in advance, surely there would be a much less obvious way of rigging a vote, especially if you were planning on inviting a Protestant minister as a simple gesture of good will towards unionists and to help understand if not necessarily agree with their thinking.

Or if you have more sense, how on earth can the state media get away with spouting such bullshit?

That is until you read coverage of the 1916 rising in today’s ever so independent media taken from a book by Professor Liam Kennedy of Queen’s University, Belfast

Apparently, the Proclamation was a glorification of violence and the Rising was carried out by a bunch of Nazi supporters who gave insufficient attention to the quarter of the population of the island that was Irish unionist.

The book is called Unhappy The Land: The Most Oppressed People Ever, The Irish?

I am guessing the author draws the conclusion that the Irish are simply self-loathing, pessimists who actually oppressed ourselves.