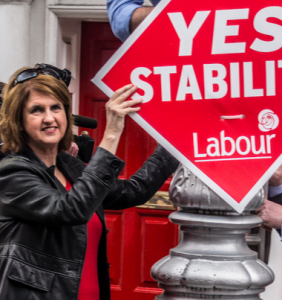 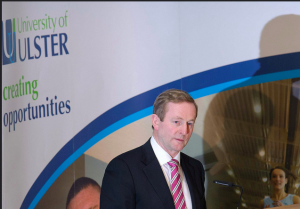 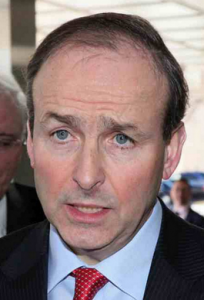 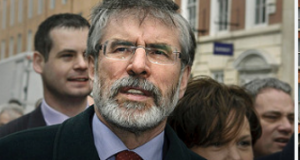 So – the election is over, now comes the interesting bit.

For Labour the election was all their nightmares wrapped into one. Shrunk to a wizened hulk, Joan Burton may have been pleased to be re-elected, but that must have been modified by the last-minute survival of Alan Kelly. One look at that guy’s face as he was shouldered around the hall, arms aloft, neck-vein bulging, must have modified Joan’s  re-election joy more than somewhat.

Fine Gael find themselves in the ironic position of being the largest party but the one that had the worse (barring Labour) election. The electorate have seen through their sham “recovery” and Enda Kenny will not be nominated as Taoiseach on 10 March. In fact, Enda Kenny’s future prospects as leader right now look about as bright as Joan Burton’s.

Fianna Fail had a very good election. They came bouncing back from the doldrums of 2011, making clear, as Mark Twain nearly said, that the reports of their demise were grossly exaggerated. There ain’t nobody in Fianna Fail calling for a new leader.

Sinn Féin had a good election. Or goodish. They’d had their eye on doubling their numbers, maybe even hitting that magic 30, but it didn’t work out. At the moment of writing they have 22 TDs and there’s talk of a 23rd. So what happened? A lot of people point to Gerry Adams’s performance on the leadership debates, and it’s undeniable that he sounded uncertain and uninformed when journalists asked him for specific figures about the consequences of the party’s economic policy. So there will be calls for Gerry Adams’s replacement by a younger party member.

Calls, that is, from outside the party, mainly by those that wish Sinn Féin would get into a very large bus and drive it over a cliff. Within the party, members will note that Adams has topped the poll in Louth and has taken a running mate to success with him. A leader who can deliver an increase of over 50% in the election is no mean leader. Under Adams, Sinn Féin have come from nowhere in the north to being the largest natioanalist party, and from nowhere in the south to being the third biggest party, growing every time out. It has survived – thrived, even – in the face of relentless vilification in the media. And there is a way out of the Gerry-Adams-and-sums dilemma. Gerry himself provided the answer at the beginning of the campaign. When journalists demanded to know what Sinn Féin’s economic policy was, the party leader said “Certainly. Pearse?” and Pearse Doherty handled the minutiae that the press apparently thirsted for.

And speaking of Pearse Doherty: if there hadn’t been a balls-up in the distribution of the Sinn Féin votes in Donegal, Sinn Féin would now be sitting on 24 seats, with Donegal a Sinn Féin fortress. The loss of Padraig Mac Lochlainn was the loss of a very talented politician – in my reckoning, superior even to Pearse Doherty. Presumably Sinn Féin will have learnt their Donegal lesson, even if it was the hard way.

And now? Well, the new government will either be a coalition of the left, with smaller parties and independents clustered around Sinn Féin and Gerry Adams (or Mary Lou McDonald) as Taoiseach. That’s unlikely. Or the new government will be a coalition of some sort – perhaps issue by issue – of a minority Fine Gael government, propped up by Fianna Fail. This would allow Fianna Fail to pull the plug in a year or more’s time and claim that they’d never agreed with Fine Gael in the first place.

But the dilemma for Fianna Fail is that it’s thirsting for power but it’s edgy that Sinn Féin will wax and grow stronger as the main opposition party. If Fianna Fail goes into some sort of coalition, it’s an admission that it and Fine Gael are Tweedledum and Tweedledee, and Sinn Féin will benefit accordingly. If it refuses to prop up Fine Gael, the south will be plunged into another election, and the electorate would prefer to eat its own eyeballs than embark on that choppy voyage so soon again. And they’d blame Fianna Fail for their misery.

Fianna Fail has increased its number of TDs spectacularly. Sometimes you need to be careful what you wish for – you could get it.