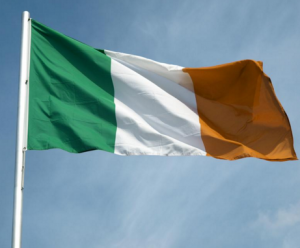 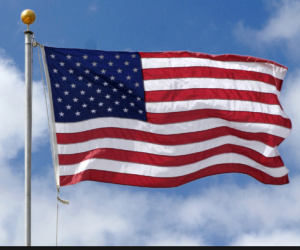 The Irish Rebellion of 1916 is well remembered in song and story.  As for  the  crucial  Sinn Fein 32 county election victory that followed in 1918?  Not so much.  That election served to confirm the Easter Proclamation and the mandate for independence.  What followed in 1919?  The self- determination  U. S. President Wilson supported in the  Versailles peace treaty was not in Britain’s plan   for Ireland.  America then stood idly by while Her Majesty’s government fanned the flames of anti-Catholic bigotry to create a sectarian  garrison  called  Northern Ireland.  U. S. indifference, even antagonism to  Irish  democracy  was  to surface again  decades  later in carnage  euphemistically called  “the troubles”.

What was  Britain’s  ‘plan’?   In the post-WW I era the British were bluffing their way diplomatically with imperial swagger.  The U. S. was duped into ignoring Ireland’s desire for independence.  Ireland under the threat of  war  was duped into settling for 26 counties.  In the post-WW-II era, the UK required a new plan for Ireland   that  made the U. S. a partner in Ireland’s partition.  It was, after all, freedom loving   Americans  that financed  the Easter Rebellion.    Britain would play the Irish government like a Stradivarius and Americans were  to  accept the ‘Irish Free State.’  Resistance to  the  oppression of the Catholic minority was to be labeled a crime.   England began a  payroll pacification  in the North with one of every three jobs a  public sector employee.

In  1968  the civil rights  protests  were met with official violence and armed self-defense.   The  unrest  required Whitehall  to create a new plan for the North to keep the U. S. in play.  The plan was to  convince the White House  the civil rights struggle was part of a  worldwide Communist plot.  The Nixon and Reagan administrations didn’t need much convincing.   This  U. S.  collaboration   took many forms.

Using silence as a tactic, America   failed   to  protest  the UK’s   collusion with loyalist murderers.   British security services were  involved in the murdering  two  lawyers,  the bombing of   Dublin & Monaghan, the killing of a journalist and  assassinating five  elected Sinn Fein Councilors and 11 campaign workers.   The silencing  of elected officials got underway in 1985  just as PM Thatcher spoke to Congress about British  defense of democracy and the rule of law in N.  I.   America’s silence  on all this was deafening.    None of these extra-judicial executions   earned  criticism from the White House  or Department of State. A  two page  letter from the NYC Bar  Association President  to Prime Minister Cameron in 2013 demanded  England  hold the promised  independent public inquiry into the murder of attorney  Pat Finucane.  The letter said  more than the State  Department had in the previous 15 years.

Those who resisted British  violence or fled  persecution found only  contempt  here and  were deported, extradited or continually harassed.     U. S. citizens  opposing  Britain’s  human rights abuses in the North or helping the families  of the imprisoned  were monitored,  questioned by the FBI or threatened with prosecution as terrorists.     The  State Department denied Sinn Fein leader Gerry Adams a visa.   Adams, an elected Member of Parliament  who has never been convicted of a crime  was denied  for being a member of the IRA.   When asked to provide proof of that assertion in the 2nd Federal District Court of Appeals, the U. S. Attorney General offered copies of articles from British newspapers. The State  Department and the Congressional Research Service are legally required to produce reports  identifying  human rights violations and injustices.   The reports have become public relations exercises with text that could have been  written by the United Kingdom. A better source defining the system of impunity Britain crafted for hundreds of its killers is Lethal Allies by Anne Cadwallader    In 2010  N. I.  police  used  the  US-UK Mutual Legal Assistance Treaty (MLAT) in an attempt to smear   Gerry Adams.  The State Department never reviewed  their  subpoenas for Boston College records though required  to do so thus   ignoring  the obligation’s  of three treaties:   the MLAT, Belfast and  US-UK Supplemental Extradition.

President Clinton’s visa for Gerry Adams in 1996 and the work of Senator Mitchell launched a peace process   the British security services  still oppose.  The next U. S. President  should end America’s  backstop role supporting partition. After all  without U. S. indifference and silence Ireland’s partition would never have happened.   Demanding  the UK fully disclose their  legacy of murder and mendacity in Ireland would begin to make amends. The best way to overcome British stonewalling on the past  would be to suspend  all  U. S. visas for   royal Windsor public relations junkets .  The irony would be delicious.