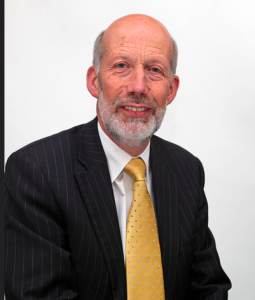 Centenary commemorations aren’t compulsory – you don’t have to go to them except you want to. That is, if you’re a private citizen (or subject). If you’re a politician, it begins to get a bit more complicated.

Then you have to think: where do my loyalties lie?  Am I the representative of all of the people in my constituency, regardless of whether they voted for me or not?  Most politicians would say they represent all the people (Ian Paisley used to make a big thing about how many Catholics came to him for help and how much he helped them, so proving he wasn’t a bigot). But politicians have to balance that urgent desire to represent the interests of everyone (they all have that, don’t they?) against the interests of their party. If Ian Paisley had attended a republican commemoration in his constituency, he might have been rather less popular with the people who elected him.

And if you’re a Minister, it’s the same thing only more emphatically so. The matter came up when Arlene Foster, the First Minister, made it clear she wasn’t going to attend any Easter Rising commemoration – and then back-pedalled a bit and said she might attend a study-of-the-Easter-Rising sort of day.

And now our Justice Minister is in the commemoration spotlight. He has made it clear he isn’t going to be attending any Easter Rising commemoration. You could argue that as an individual, he’s perfectly entitled to attend or not attend – he chooses. But he’s also a politician, so we’re back to the balance between being a Justice Minister for all of the people in this state against the fact that he’s the leader of the Alliance Party. Now, the Alliance Party isn’t into this whole orange/green thing, right? Not into the whole constitutional question, right? Um, wrong.

The fact is, by default, the Alliance Party is a unionist party. That is, they have no desire to change the constitutional position of the six counties. They like things just fine as they are. Which means, then, that they’re not going to support or attend commemorations that run counter to that unionist agenda. David Ford might be the Justice Minister for everyone, but he’s the leader of the Alliance Party and the welfare of that party is what Mr Ford is consulting when he announces that he’s not attending an Easter Rising commemoration.

But he’s added a coda, and an ill-advised coda at that. He says that violent dissident republicans claim a lineage that runs from the Easter Rising to their actions today, and so to attend would be to give credibility to these violent republicans, and he’s not going to do that. Except you just have, David.

If that’s your professed reason for non-attendance, you’re accepting the argument of violent dissident republicans that they are the true heirs of Easter 1916, not Sinn Féin or other republicans.  That’s a very silly sort of propaganda weapon to have handed to a violent grouping.  You’d have been better coming clean, and said  you were staying away because the Alliance Party doesn’t want constitutional change. That would have been nearer the truth and avoided giving a leg-up to a small but lethal grouping.

View all posts by Jude Collins →
Omagh and after – and a Thank You…
Sean O’Casey: counter-revolutionary

81 Responses to David Ford and remembering the Easter Rising