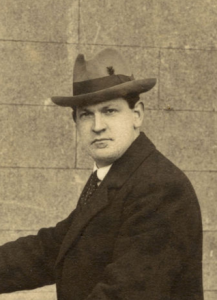 A few years ago on TV Seamus Mallon recalled asking Tony Blair why he was talking to Republicans and how he was scandalised, shocked and traumatised when Blair explained that Republicans had guns. A lesson, if ever there was one, of Realpolitik for Slow Learners. Perhaps Mallon thought then and still believes that James ll fled Ireland for France for fresh baguettes and croissants?

Sammy McNally (see his comments on my last blog) quotes Seamus Mallon’s failed attempt at a Smart Alec witticism, and suggests that Eamon de Valera was a late convert to democracy. In fact Dev was, if anything, a (perhaps too) pedantic devotee of regular procedure. The Civil War arose partly because de Valera intended that any agreement made with Britain would be honoured to the letter by the Irish side, and that Michael Collins and many of his IRB followers felt that, as from the time of the Treaty of Limerick, if not before, Britain had never honoured an agreement with Ireland, they had no moral obligation to honour an agreement with Britain.

This is quite clear from Ernie O’Malley’s “On Another Man’s Wound” and Tim Pat Coogan’s biography of Michael Collins. Arthur Griffith’s attitude to agreements was the same as De Valera’s, but he was out of the loop as Collins orchestrated a war in the Six Counties, and even Richard Mulcahy was out of the loop when Collins arranged for the shooting of Field Marshal Sir Henry Wilson in London.

I think Collins was deluded in thinking he could be more devious than Perfidious Albion’s finest. And for such a brilliant organiser of an intelligence war he could be  extremely careless and boastful.

In October 1921 he gave an interview to C P Scott of THE MANCHESTER GUARDIAN in London, who wrote in his diary –

“He went on declaiming as to the war they were making on us everywhere, in America and wherever they could in Europe. ‘Oh! if I had a hundred men in Cologne I would make the place untenable’ “

I hate to have to record this, for it shows that, for all his courage, brains and commitment to Ireland’s liberation, Collins appeared to Scott, an ex-MP and renowned newspaper Editor as  “a straightforward and quite agreeable savage.”

Collins was 31 years old and not a slow learner. But he was killed before he might have been expected to have the wisdom of a Solomon.

4 Responses to REALPOLITIK FOR SLOW LEARNERS by Donal Kennedy