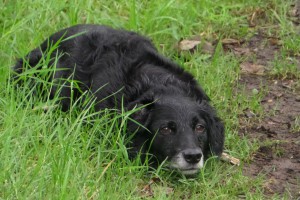 Song attachment “The Green and Blue”

I grew up in North Belfast during the Troubles.

From then until now I’ve learned and seen many things

living in Northern Ireland and reaching the age of 58.

The divided nature of our community only benefits

a small number of people, who continue to maintain

their own position within their own groupings, amongst us.

Within politics, the church, business and even within education.

For me it is that utter selfishness that drives everything here

It make this sense of division endure.

That is why I wrote this song “The Green and Blue”.

From the point of view of an individual outsider.

It isn’t a song about Victorian and Edwardian Irish nationalism.

It’s a song about seeing beyond that. It looks over the walls

of division. Looks past the desire to “beat” your enemy. It looks

forward to making something new with the help of “your enemy”.

For the benefit of both and for all our children.

It sees over a misguided sense of cultural superiority.

. . . And on a day when some of us celebrate the 1916 Easter Rising I can see and understand the personal sense of emotion. The tug of Imagined, collected, identity.

Yet for many, the un-informed security blanket of belonging, without any real thought, to this event (the lazy, fast food approach), leaves me ambivalent.

For any state, born out of conflict, who merely replaces one empire elite for another religious elite, (automatically creating another in the north) is a state, which can only learn now, what a terribly divisive mistake that was.

The Irish writer Yeats certainly found it so and suffered greatly for speaking openly about it.

As Easter Sunday progresses and we celebrate, think on or just avoid 1916, at least it can potentially give us a sense of perspective. If only for those blessed with any sense of curiosity or imagination.

View all posts by Jude Collins →
“History’s a whore”.
SOME RAG-TAG ARMY! by Donal Kennedy

3 Responses to ‘Seeing Beyond 1916’ By Randall Stephen Hall