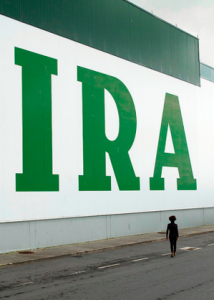 I believe space and time are underestimated by professed experts on Ireland’s history.

Between 1948 and 1959 I was 9 years at a Christian Brothers School in Sutton, a suburb of Dublin, and 2 years at Rockwell College, Co Tipperary, run by the Holy Ghost Fathers. Rockwell, founded in 1864, produced many republicans involved in the 1916 Rising, the Tan and Civil Wars,  but I do not know of any ex-pupils of my vintage or since, who were involved with the IRA.

St Fintan’s, Sutton, was founded in 1943, and I know of none of its ex-pupils who were involved in the IRA. I could name quite a few of my contemporaries from both schools who served in the British, American and other foreign forces. I was an FCA member from 1957 to 1964 and must recall, sadly, that some of my comrades joined the British and other forces.And I served with some who had previously been regular soldiers in the British Forces. But I knew of none who joined the IRA.

I don’t believe that anyone who joined the IRA did so to avenge Drogheda, Limerick, the Great Hunger or the ‘Tan War. It seems that the closer they were in space and time to British rule, the more likely Irish men and Irish women were to take up arms or otherwise challenge it.

I remember in the 1970s being told by a young man from Newry of various of his classmates, killed, injured or imprisoned. And I refuse to believe that their political or militant activities arose from the 1966 Commemorations of the 1966 Rising  or the Siege of Limerick, the Bridge of Athlone, the Onslaught on Ennis.

View all posts by Jude Collins →
The Rumour Mill: could Simon Heffer be going to the Sindo?
Some talks tomorrow you may find interesting…

3 Responses to SPACE, TIME AND HISTORY by Donal Kennedy