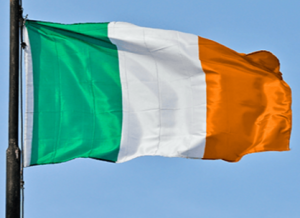 I attended the 1916 centenary in Dublin and while I enjoyed the day, on reflection, it was a celebration of a 26 county state.

There was nothing about why the rebels wanted freedom for the people of Ireland, no mention of the UVF and threats of civil war, the denial of home rule and the planned exclusion of the north which apparently had no bearing on the going ahead with the rising.  No mention of the use of heavy artillery and indiscriminate murder of innocent children by the British.

Enda Kenny was a fish out of water.  An Irish traitor forced to commemorate Irish rebels, the words choking in his throat.

The reading of the proclamation by the Irish Army, those brave soldiers who rushed to our aid in 1969 when Irish citizens in the north were being forced out of their homes and murdered by the same British state who we fought against together in 1916.

We returned home only to read that northerners were no longer wanted, no longer considered Irish but British, that 6 counties were not part of Ireland but a part of the UK according to an Irish times Facebook page.

It is no longer an alien government fostering divisions in Ireland but an Irish government with a British fist up its arse controlling the Dail like marionettes.

The right of the people of Ireland to the ownership of Ireland apparently didn’t apply to northerners.  Equality is only for the privileged within the 26 counties.

The British may have shot the rebels back then, but it was Irish men and women who stabbed them in the back in 2016.

The republic of Ireland is not worthy to use the flag of the Irish nation.  The northern Gael have more right to that flag and to our national anthem.

Take it down from the mast Irish traitors and shove your republic up your holes.