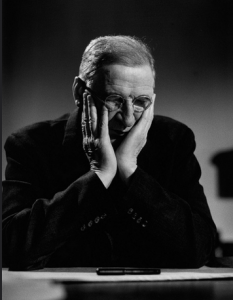 After many years examination of my feelings and beliefs I’ve finally decided   to come out as an admirer of Eamon De Valera.  So list to my tale ye Gobshites, and despair!.

From 1941 to 1964 when I lived in Ireland, Dev seemed as permanent as the Mountains of Mourne. My father used give Fianna Fail his  priority votes (under PR), not with any great enthusiasm,but as the best of a bad lot. My mothe voted but her ballot was her secret. I voted in one by-election in 1963, for the Labour candidate Denis Larkin, son of the legendary Big Jim, and General Secretary of  The Workers’ Union of Ireland, my own union.

I thought that Fianna Fail  had assumed an almost divine right to rule. I had no antipathy to Fine Gael, appreciated that founders of all the main parties could claim honourable service to Ireland in the decade ending in January 1922. I remembered a Labour candidate, whose manifesto was short and memorable – “If Dunne Can’t Do It – It Can’t Be Done!” and in London, many decades later failed to persuade a Labour candidate named Andy Love, to campaign with the slogan – “All You Need Is Love.”He wasn’t persuaded and wasn’t elected. We had too a perennial Independent candidate, Captain Peadar Cowan,a veteran of the ‘Tan and Civil Wars who was elected sometimes. His manifesto promised, in the phonetics of our constituency – “Peadar Cowan Won’t Let You Dowan.”

It took me years to appreciate the achievements of Dev and Fianna Fail. They had not created a Heaven on Earth. They made mistakes. They hadn’t created full employment. Secondary education was beyond the means of most families despite the low fees charged by the Christian Brothers and some orders of nuns. The Irish Language did not become the primary language of the people.The British Government had not been persuaded by diplomacy or other arguments to take leave of the national territory.

But when I learned something about the internal and the international context of De Valera’s career I had to marvel at his and his party’s achievements. His Irish opponents, who had wrapped themselves in “parliamentary” virtue revealed themselves supporters of the fascist rape of Abyssinia, and Franco’s murderous mutineers in Spain adopted fascist salutes and uniforms and threatened to emulate Mussolini’s march on Rome. When Johm A Costello boasted that as the Blackshirts had triumphed in Italy and the Brownshirts in Germany so too would the Blueshirts in Ireland, Sean Lemass replied with reasoned  explanation why the Civil War should not be reopened. On his left flank the IRA was itching for an attack on the Blueshirts and resumption of war on Britain. Fianna Fail’s handling of both extremes, and of the regular Army which had triumphed over them a few years before, are matters to marvel

All against the background of the Great Depression, Hunger Marches in Britain, an era described in “The Grapes of Wrath” by Steinbeck and an economic war with an overbearing British Establishment. And during this time, under FiannaFail, record numbers of decent homes were being built for former slum-dwellers, industrial employment was increased and all  workers given statutory paid holidays.

At the League of Nations Dev argued in vain for sanctions against Japan for its attack on Manchuria, and military action to defend Abyssinia from Italy. Sir Anthony Eden denounced his demand that the League live up to its charter. Dev took advantage of the abdication of King Edward V!II to have a democratic constitution drafted and for Ireland’s free voters to enact or reject it. It is now older than any the French have had since their 1789 Revolution, than the United States Constitution at the outbreak of its Civil War in 1861, and the Soviet Union was when it imploded. It is still the property of the Irish people, to amend or abolish as they see fit.

And then there was the courage and skill required to declare and maintain neutrality during the years 1939 to 1945 when involvement in the Second World War might not only have destroyed the Irish State, but obliterated its population.

So, come all ye Begrudgers , tell me why why you believe me mistaken?

View all posts by Jude Collins →
The Easter Proclamation: the dream remains a dream
John Bruton and “the gun”

9 Responses to WOULD I REALLY BE SAFE TO COME OUT IN TODAY’S PLURALIST IRELAND? by Donal Kennedy