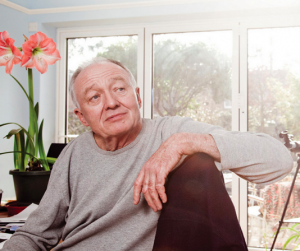 Sometimes politicians can be very insulting. Yesterday the Labour MP John Mann was very insulting to Ken Livingstone, when he called him a disgusting anti-Semite and berated him in full finger-wagging, loud-shouting mode as the TV cameras rolled. The Labour candidate for Mayor of London, Sadiq Khan, said there could be no place for anti-Semitism in the Labour Party. Jeremy Corbyn said something similar. Oh, and Ken Livingstone has been suspended from the Labour Party.

If you’re going to call someone insulting names, particularly if those names label the person  anti-Jewish (or anti-Irish or anti-British or any other kind of anti-) , you need to be sure that the insults are based on something substantial. What were the insults against Livingstone based on? Something he said. Which was: “Let’s remember when Hitler won his election in 1932, his policy then was that Jews should be moved to Israel. He was supporting Zionism – this before he went mad and ended up killing six million Jews.”

Given the frenzied reaction to his words, it’s important to establish if they were true. It would appear that they were. Hitler personally approved what was called the ‘Transfer Agreement’ with the world Zionist movement for the transfer of Jews from Germany to Palestine. Germany wanted to get rid of the Jews, the Zionist movement wanted to establish a home in Palestine. Eichmann and other Nazi officials visited Palestine. A medal was struck commemorating such a visit. When hiding in Argentina post- WW2, Eichmann wrote:

“I did see enough to be very impressed by the way Jewish colonists were building up their land. I admired their desperate will to live, the more so since I was myself an idealist. In the years that followed I often said to Jews with whom I had dealings that, had I been a Jew, I would have been a fanatical Zionist. I could not imagine being anything else. In fact, I would have been the most ardent Zionist imaginable.”

What is appalling and an insult to the intelligence of the British public is that none of the Labour MPs and others who branded Livingstone anti-Jewish for what he said bothered to consider if what he said was true. They still haven’t. It’s an example of what Robert Ballagh in the Irish context calls ‘trigger-words’. Say “United Ireland” and for many people that’s it, the shutters come down and you’re branded. That’s exactly what happened with the Labour Party yesterday. Livingstone was suspended, not because what he said happened to be true, but because the Labour Party was hyper-anxious to respond to the irrational attacks that the Tory Party might mount in the local elections next week.

View all posts by Jude Collins →
What I planned to (but didn’t) say on the Nolan show this morning
EAST IS EAST? by Donal Kennedy

86 Responses to Never mind if it was true: Ken Livingstone is anti-Semitic!