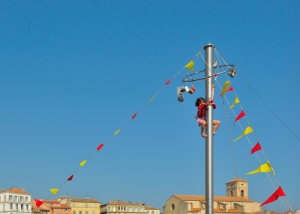 There are few things in life, let alone politics, that you can say with absolute certainty. There is one, however, we can this morning say with total confidence: not a single TD in Dail Eireann wants an election. They’ve spent money, they’ve spent time, they’ve smiled and cajoled and shaken hands, they’ve shimmied to the top of the greasy pole and finally landed a seat. You think they’re willingly going to go and do all that over again, with the possibility that this time they could fail to make the top of the greasy pole?

That’s why the two big parties, Fine Gael and Fianna Fail, appear after 60 days to have come to an arrangement: they will delay the whole question of water charges, kick it down the road at least several months, maybe a couple of years. So Irish Water won’t cease to exist, water charges won’t cease to exist; but they’ll be put on hold while Fine Gael and Fianna Fail get their breath and the south gets a government.

A stunningly original arrangement? A dazzling piece of political manoeuvre? Uh-uh. A half-decent A Level Politics student could have come up with this sleight of hand inside twenty-four hours. It took the combined wisdom of FG and FF 60 days. The only question now, it seems, is whether the electorate have good memories.

Because Fine Gael has already  persuaded 60% of the population to cough up on water charges. Those people are going to be very unhappy water-bunnies if they see 40% of the population getting off the hook, at least for the foreseeable future. They’ll be itching to give FG the mother and father of all kickings for insisting that Irish Water and water charges would stay, yet here they are doing a well-not-now-and-later-on-we’ll-see-maybe-yes-maybe-no.

In short, the arrangement now being mooted means both Fine Gael and Fianna Fail have codded their supporters and are in that-was-then-this-is-now mode. And do you know what makes me really, really sad? Despite the fact that the last 60 days have been all about TDs and parties looking to save their bony asses, there’s a good chance the people of the south will  accept this 60+ days brainwave and will tell themselves they are blessed to be governed by men and women of such wisdom and integrity.

Now that is scary. Very scary.

5 Responses to On staying atop the greasy pole