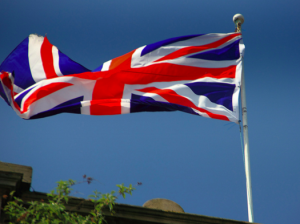 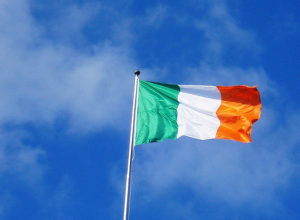 Well, that was interesting. Or maybe not. Just as the south’s election finally gets decided in the form of a new/second-hand government, the weeks of noiseless campaigning up north have come to a muted climax, as the winners beam and the losers try not to look as though someone had put a hole in their chest.

In terms of coverage and comment, the election of People Before Profit candidates Gerry Carroll in West Belfast and Eamonn McCann in Derry have been the Big Story. Fed up with the main parties and the lack of change in their lives (and maybe even because they were bored looking at the same old faces), the electorate in those two places elected a pair of radicals.  Gerry Carroll has done extraordinarily well in West Belfast, but it’s  my former classmate Eamonn McCann that I find most interesting. For nearly forty years he’s been saying the same words that got him elected last night.His success vaporizes the lazy claim that madness is when you repeat the same action over and over again and expect a different outcome. He’s repeated the action of seeking election since he was in his twenties, and failing. Now he’s in his seventies and the same action has won him a seat. Nice one, Eamonn.

Like everybody else, I think Carroll/McCann will bring a bit of colour and bite to Stormont proceedings. Jim Allister may even end up feeling a teensy bit miffed by their presence.  Given the choice between getting a quotation from, say, Eamonn McCann or Jim Allister, which do you think the average journalist would choose? Right, me too.

Last night McCann reminded journalists and viewers that the People Before Profit candidates were under instruction that their opening remarks  on the door step should be the declaration of their name, that they were neither Orange nor green, and  that they were respectfully asking for the householder’s vote. Eamonn says this resonated with virtually everyone on the doorstep.

Which is to be at least partially welcomed: you can’t eat a flag, as John Hume’s da said, and there’s a lot too much deprivation in both Derry and Belfast. But that neither-Orange-nor-green thing: how does that work exactly? The PBP people appear to be saying they don’t support those who’d maintain the union and they don’t support those who’d seek to break the union. So are they planning to pretend partition isn’t there? Or that it’s something not worth bothering about? When we’ve all stopped cheering their spirited emergence, it might be worth looking at a policy statement that doesn’t appear to make sense.

The other big factor to emerge from the election was a matter  we  knew about already: the decline in numbers of those who get out and vote. There’s no doubt that the unionist parties (mainly the DUP) are appealing to a shrinking electorate, yet they’ve done as well or better than ever. There’s also little doubt that nationalist parties ( especially Sinn Féin) are appealing to a growing electorate, yet the SF/SDLP vote has gone down by around 5%. I wouldn’t expect a unionist to admit it, but that’s a perversion of democracy. If democracy is government of the people, for the people, by the people, then government of the people, for the people, by just over 50% of the nationalist people is going to get democracy a bad name. Maybe it’s time compulsory voting was established, so that government by the people (or their representatives) is a reality, not a pious aspiration.

Beyond that, how’s this for irony. At the point where the nationalist population is on the brink of doing something about the partition of Ireland, that population decides nah, it’s not worth going down to the local voting centre for. Nationalism/republicanism has several enemies, but the biggest and most threatening is the decision by so many in its own community to stay at home scratching themselves.

Can you imagine how pleased violent republicanism must be feeling this morning? Because they did tell us: “Entering politics will never bring you a united Ireland”. Now that is a bad result for all of us.

Micheál Martin and bi-location
Can the poor afford not to vote?

89 Responses to People Before Profit is neither Orange nor Green – hooray!…But hey, wait a minute…