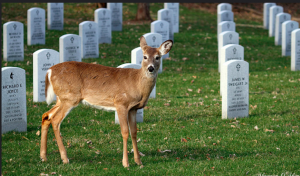 I’m too young to remember the First World War, having been born 23 years after it ended. I doubt any of your readers can remember it. And I’d

experience of the conflict.

Those of my generation brought up in Ireland can recall relations, neighbours and work colleagues who were veterans of that war, some of them

minus limbs lost there, others with problems breathing from exposure to gas.  We can remember the sale and the wearing of Poppies. The

British Legion never ceased its yearly commemorations. And there was never any attempt to conceal the fact of the war nor the involvement

of Irishmen in it.

Army during the First World War. Ernie O’Malley’s IRA memoir “On Another Man’s Wound” published in the 1936, referred to  siblings who

were officers in the British Army in the same War. Emmet Dalton was an IRA Offficer after the First World War. Tom Barry’s IRA memoir

“Guerilla Days in Ireland” published in 1949 tells us in its its first sentence that he was serving with the British Army “in far-off Mesopotamia,

now called Iraq” when he got news of the 1916 Rising in Dublin.

James Carty’s “Classbook of Irish History” first published in the 1920s was a staple in Irish schools for decades. It recalled Irishmen who served

in many armed forces, not least with the British in the First World War. He reported  tribute paid to the courage of Irishmen at Gallipoli by the German

commander of the Turkish defenders there. Indeed my father, who didn’t approve of Irish service in Briain’s forces, could quote that tribute verbatim.

I can remember that Sinn Fein’s monthly United Irishman, a paper with 8 or 12 pages, in the 1950s devoting a page to the Irishmen at Gallipoli

which ended with the story of a British Officer on a ship with a telescope surveying Irishmen on a beach and asking -“Why are our men resting?’

The men had gone to their Eternal Rest.

Perhaps if Hughie O’Donoghue deigned to examine Irish sources, even those of IRA men and their political supporters, rather than Eton College

he would be better qualified to comment on memory and amnesia?

View all posts by Jude Collins →
American TV: entertaining but of no relevance to us
THE IRISH IN NEW YORK by Donal Kennedy

2 Responses to ‘The Irish in WW1: forgetting and remembering’ by Donal Kennedy