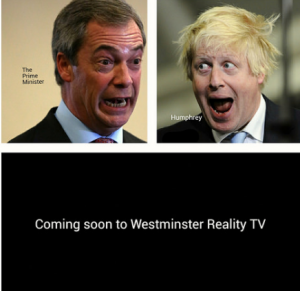 Max Fisher’s ‘work around’ for the democratic vote to Leave the EU is not without precedent in the United Kingdom.  True England is “…a country that prides itself on democratic values.”, so perhaps the options might not be deployed,  but Ireland never seemed to benefit from those values without a high cost of human life.

He suggests calling the BREXIT process something else… a sort of EU-lite.  After the last General Election in all of Ireland in 1918 , in which Sinn Fein and other nationalist candidates   received 73% of the vote, Britain called the loss and the organization of the first Irish Parliament a “criminal conspiracy.”

Fisher  urges the language of ‘EU complexity”  such that no one alive today would live to see an exit.  An integral part of Britain’s misrule in N. I. was and is to delay Coroners Inquests of more than 600 Catholic killings so as not to expose police  collusion with loyalist vigilantes.  A  selection of these cases are before the EU Human Rights Commission.

His ‘pretend it never happened’ suggestion  may work best.  It has worked for Her Majesty’s Government  in Ireland.  For 40 plus years British governments ignored the murders of 13 on Bloody Sunday and today still ignores the Irish government’s All Party demands for records on the British Army’s role in the  1974  no-warning Dublin Monaghan bombings;  by any diplomatic language an act of war.

Stalling as an unofficial government policy  has always worked for England  in Ireland, so Max may have made the right call.

View all posts by Jude Collins →
CARRY ME BACK TO OLD VIRGINITY by Donal Kennedy
‘Senator Frank Feighan: rejoin the Commonwealth’ by Tom Cooper

One Response to A LETTER TO THE EDITOR: HOW TO STALL by Michael J Cummings