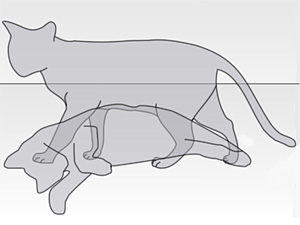 A lot of young people I know have thrown their hands up in despair of their fellow citizens for voting “Leave” in the recent EU poll.It may not be a concise or truthful take on the result but one such person has said that the over -60’s should have been banned totally for having any opinion, or even voting at all ,because they’ll probably not be around in the coming years to see the outworkings of their choice , but the youngsters living now will eventually grow up to feel the pain of their dead parents’ choices.
“I don’t mean you and mum, dad”, she added quickly. “It’s all those other duffers who’ve dropped everyone in this mess and now don’t even know or have a really clear idea why they voted at all!”
She has a point . If you take away the ancient jingoism and fear of “the other”, there’s an unrealistic longing to rewind the clock of the 20th century and somehow return to a thriving economy based on coalmining and heavy industry that will never, now , return. The young mostly voted to remain in the EU, except possibly those thousands attending the Glastonbury festival who will now believe the conspiracy theory that the timing of the vote was deliberate to get many corralled and offside either in the mud of the festival or the euphoria of the euro football spree ,inebriated either way, by other playful distractions. In the end there is a UK divided almost down the centre , with Scotland and Northern Ireland voting to stay in the EU and England voting to leave. That has already set up many conflicts and questions about the future of even a united UK. Well it’s not united anymore. Even some ulster unionists voted to remain europeans. You might call them “ultimate unionists”.They, at least want a union that is bigger, not reduced in size as it will no doubt soon be .
Well …I suppose you could say these things about any political choice but then again there’s never been such a radical and important change of course for many years, so it’s no real surprise that many are shocked at the decision to abandon a way of life they’ve known only , to instead jump off a cliff-edge into some mad unknown and fathomless adventure with no forseeable destination. Now that takes a special kind of personal belief or maybe foolishness ,so you can see why they might …or should have been more cautious with their voting power.
In Norneverland , suitably really , the Brexit decision delivered by England and Wales, to those of us who were less willing to abseil down that particular cliff-face , has positioned us in something of a quandary. We’ve actually arrived in what is known as a quantum imposition…an anamoly of logic.
In 1935, Austrian physicist Erwin Schrödinger set up a thought – experiment to examine intellectually whether or not a cat could be simultaneously alive and dead at the very same moment. Now I know some of you will rush to inform me that you already know many politicians who can pull off that neat trick already, but bear with me on this one.Schrodinger imagined a cat being enclosed in a box with a radioactive source and a poison that will be released when the source (unpredictably) emits radiation. According to to quantum mechanics that creature would be simultaneously both dead and alive until the box is opened and the cat observed. In other words you can only assume the cat to be alive until such time as your eyes prove otherwise when the box is opened . You might “know” it is already dead but that’s not the reality until you can actually prove that fact …..so it is both dead and alive at the same time .
In Norneverland , those of us holding Irish passports are to all intents still members of the European Union with whatever benefits still accrue , but are simultaneously also not members of the EU. This conundrum would never be possible anywhere else on this blue planet ,except for this Magical Land of The Laaloo where logic has long-since been removed from the gene-pool anyway. That said , it is no mystery that hundreds and possibly thousands are hurriedly applying to take up a mythical , green -tinged Irish citizenship and are apparently already forming long queues at Post Offices across the land to apply for that now ,irrevocably lost, European status. Whether or not they can all prove themselves to be part of the Irish diaspora , possibly by means of a DnA test or a sampling of blood, remains to be seen but in the meantime some wags have already named them “Schrodinger’s Catholics” , in reference to the fact that Irish Nationalists(read “Catholics”) in Norneverland have retained the right to buy either Irish passports or British ones …or even both. Anyone wishing to be a citizen of the EU and also not one at the same time may join one of those queues now.
It may now even be possible to be an Irish Nationalist and a Ulster Unionist at the very same time .
We continue to live in very interesting times.