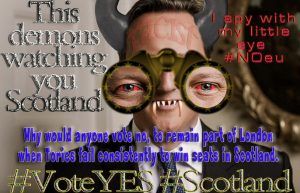 I don’t know who Chris McBurney is but I know who Jim Allister is. Yesterday Mr Burney was arguing the same case as Mr Allister. The only difference is that Mr Allister a day or two ago  on Raidio Uladh/Radio Ulster was pitching his argument with some energy against Claire Hanna, whereas Mr McBurney in The Independent was pitching his argument with a lacing of insults against Gerry Adams.

Both McBurney and Allister were arguing against  Claire and Gerry’s contention that, although the UK as a whole voted clearly for BREXIT, the north of Ireland as a whole voted clearly for Remain, so the wishes of the people of the north should be respected. Both men get quite irate – McBurney maybe more than Allister, since the former didn’t mind adding contempt for Adams to his argument. In the end, both based their argument on the fact that it was a UK-wide vote, and you can’t go picking out bits and saying there was a majority in this place for staying.

Both Mr Allister and Mr McBurney are quite right – it was a UK-wide vote. However, I’d ask them to consider a few perplexing facts:

39 Responses to Must all now accept BREXIT, like it or lump it?