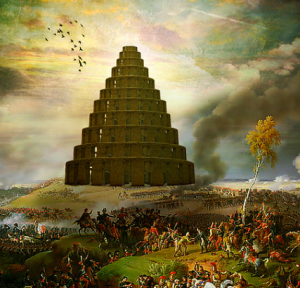 In light of the recent Brexit vote, it is interesting to hear some of the views. Before the referendum, no one had a notion what the best thing to so was, there was simply not enough information. After the referendum, a few media scares and now everyone is an expert and certain it will be an economic disaster. More evidence of how the media controls our lives.

I am absolutely certain that England has done the right thing and in time will overtake the EU in terms of prosperity. In the meantime England will bide its time and see who its true allies are but make no mistake, it will economically trounce the EU. Scotland and Ireland have big decisions to make.

I did not vote in brexit as it was for the British people to decide and I do not agree that non UK citizens living within the UK should have had a say and why I didn’t vote as I do not hold a UK passport. Brexit was never an economic referendum, it was about sovereignty. Given the choice I would vote for Ireland to leave the EU also, but unlikely I would be given the choice to vote unless the establishment thought it would help give them the result they want.  The sort of corruption the EU will instil.

The EU is bad for Ireland but I don’t mean in our pockets, I mean over the very thing that makes us Irish, the very soul of our nation. During the conflict, Ireland was united, our people were patriotic and passionate about Ireland.  Perhaps it is just me, but I feel this has faded today and we have become more European. By that I mean eager to give up our own identity to assume that of the larger entity, perhaps for fear of the world and to feel safer in it through strength in numbers which is not surprising when the media control us through such unfounded scare tactics.

England has led the way, I hope others will now follow and end this corrupt state, end this creation of a one nation Europe, end the creation of a one people taxation system, end central one nation government and the death of our individuality. But one person I spoke to had a very interesting reason for voting leave that I thought I would share, she mentioned the bibles story about the tower of Babel which I was unaware off until then.

Apparently humans had evolved into a single people, one nation, all speaking the same language which may mean sharing the same ideals or laws more than the speaking with the same tongue.  But once one race achieved world domination the next step was to build a tower to the heavens so the elite could sit with God. I am not religious and had no knowledge of the story but they told me they were scared by what was happening as the bible also foretells of a people having a number to identify them before the final battle at Armageddon.  With a single tax id number planned for all EU citizens and Turkey already on the members list, how long until Europe reaches Israel and assumes control of the holy lands?

Now I am not predicting the end is nigh, but my gut tells me the EU is wrong and I just cannot shake it off. In the story, God comes down and is displeased with man and disperses him throughout the world to preserve our differences. In the light that anyone disagreeing with the EU is branded a racist, I am starting to see why the bible tells us this is wrong.  The most racist thing we can do is merge everyone into one race and destroy our individualities.

But is the wolf in sheep’s clothing with its wool already covering our eyes?

View all posts by Jude Collins →
AIRBRUSHED OUT OF HISTORY by Donal Kennedy
Sport and politics don’t mix? Ask them in Iceland

17 Responses to ‘The Tower of Babel’ by Jessica McGrann