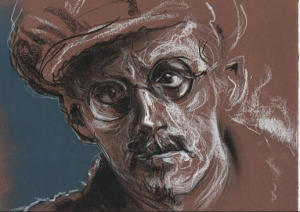 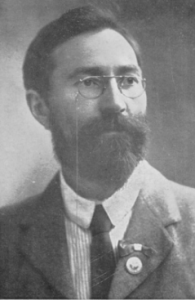 If James Joyce had won a gold, rather than a silver, medal at Dublin’s Feis Ceoil ,  he might have rivalled  the great John MacCormack or Enrico Caruso, made pots of money and bedded more women than Blazes Boylan,and been a bigger social success in Hollywood than Jack Doyle. But, to the despair of his long-suffering wife, Nora Barnacle, he devoted himself to scribblings which she couldn’t make head or tail of, and lived from hand to mouth.

One of cinema’s  greatest comedians, W.C. Fields, felt himself a failure because he was not as big at the box-office as Charlie Chaplin. But the latter’s universal appeal depended on keeping his mouth shut, and I don’t believe he uttered an amusing sentence in his life. His rant at the end of The Great Dictator would make a Corbynsta wince.He didn’t do one liners. More Titanics.

Then there was the great film director, John Huston, who would have preferred to have been a great writer. As a step in that direction he set up house in Ireland and became a citizen of our country. At the end of his career he filmed the greatest of James Joyce’s stories from the collection Dubliners  –  “The Dead”.  The film is itself a masterpiece and can be seen on YOUTUBE.

James Joyce was friendly with the three daughters of Eugene Sheehy,Nationalist MP at Westminster. Hannah married  Francis Skeffington, socialist,feminist, republican and Ireland’s most prominent pacifist, murdered with other non-combatants by  British soldiers commanded by Captain Bowen Colthurst on Easter Tuesday 1916. Mary Sheehy married Tom Kettle who became a Nationalist MP and died in Flanders serving with the British Army in September 1916. The third daughter, Kathleen Sheehy, features as Miss Ivors in “The Dead.”   Miss Ivors picks on Gabriel Conroy and berates him for cosmopolitan pretensions and writing reviews for a unionist, imperialist newspaper.

Mary Sheehy married Francis Cruise O’Brien, and on 3rd November 1917 brought forth a baby boy. Boy, what an irony!

8 Responses to IRONIES by Donal Kennedy