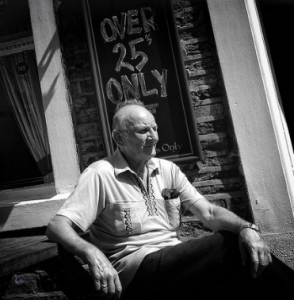 It’s odd how contradictory the attitudes of  society can be. There are people who think nothing of hammering religious belief as the refuge of the deeply stupid and those believe in fairy tales; yet the same critics will go ballistic if religious believers suggest that  Ross Hussey wasn’t performing at his moral best when he tweeted naked pictures of himself so he could meet with strangers in discreet locations.

As an oldie (eldie?), I am more and more aware of casual and constant ageism in society. “Dirty old man” is a phrase with a long history, but you’ll rarely hear of a dirty young man. Older teachers are blamed for not retiring and leaving the profession open to younger people; older residents in ‘care’ homes are frequently the object of verbal and even physical abuse. And of course the reason they’re in these ‘care’ homes in the first place is that society has decided that age reservations are a good thing – you don’t want oldies out in wider society taking forever to locate change at the check-out and boring you with stories of how things were in their day.

Which is why I’m amazed and delighted that, whatever else critics may have fired at Hillary Clinton, no one so far has alluded to her age. Because she’s 68, which is three years older than the age at which the great majority of people retire from their jobs. And Hillary is going for a job which not only will give her control of the nuclear button but, if she’s successfully, will see her still leading the most powerful country on the planet at the age of 72. Then there’s the Pope, who’s 79, and who is one of the few people to talk sense about the killing of the French priest Father Hamel.

The same people who think nothing of dismissing people as aged half-wits are often the same people who’ll show hyper-sensitivity in other areas. Like language, for example. As it happens I agree that language is extremely important and can shape our thinking. But remember the bit in Labour Party leadership contender Owen Smith’s speech, where he talked about the need for Labour to “bash Theresa May back on her heels”? Here’s former leadership contender Angela Eagle:

“He [Smith] should have and has apologized…As someone that has heard cruel words spoken about me, I know that language matters. And we’ve all got a responsibility to be sensitive in our use of language…Owen has shown a capacity to recognize and apologise for insensitivity and that’s important”.

WTF? Of course there are ways of referring to other people, particularly political opponents, which can be hurtful and/or insensitive. But to suggest that talking about smashing the Tory prime minister back on her heels is something to apologise for? Gimme a break, Angela old thing. When a less-than-lovely female MP in the House of Commons once accused Winston Churchill of being drunk, he replied that while he might be drunk she was ugly, and the difference was that he’d be OK in the morning.

“He should have and has apologised.”

Asked if politicians needed to be more careful with language, she replied: “As someone that has heard cruel words spoken about me, I know that language matters. And we’ve all got a responsibility to be sensitive with our use of language.

“Owen has shown a capacity to recognise and apologise for insensitivity and that’s important.”