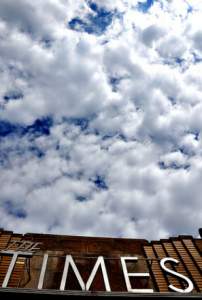 I’m wary of anything I read in THE TIMES. Hardly surprising, for it paid a forger in an attempt to implicate Parnell in assassination, employed Sir Harold Evans and Sir Simon Jenkins as editor, had the execrable Michael Gove as a regular columnist and is owned by Rupert Murdoch.
But yesterday (July 7) I was arrested by the headline – “Don’t panic! Dad’s Army hacks are on the attack”   over a “Notebook” piece by Roger Boyes.
He says – “The army’s 77th Brigade was set up last year, to hire, train and knock into shape ‘media professionals’ to construct alternative narratives to the jihad (of Isis). It has borrowed ideas from a similar outfit in Israel and is just getting into gear.”
Apparently civilian counter-propaganda doesn’t have the punch of a revved up squaddie, who has most likely been fed the most farfetched stories to get him into uniform.
Certainly, during the ‘Tan War, THE IRISH TIMES published lies given them by British Crown forces exactly as given it, whereas The Dublin Evening Mail, also a Unionist paper, issued reports contradicting them. Even today the IRISH TIMES publishes pieces by Captain Patrick Bury, formerly of the Royal Irish Regiment and now a full time propagandist, without challenging them.
There’s no need for the British Army to set up a new Press Brigade to construct alternative narratives to the Irish democratic one, there’s been one in occupation in Ireland for at least a century.
I doubt many readers know why proportional representation was introduced for elections in Ireland. It didn’t arise from a Royal Commission, nor the Irish Convention of 1917, nor requests from any party, movement or community in Ireland. The idea came from RIC Intelligence – spooks in the Royal Irish Constabulary . Despite the arrest and incarceration of Sinn Fein candidates and   campaigners by the RIC and the interference with  election literature and censorship of the Sinn Fein manifesto,in 1918 Sinn Fein won 73 of the 105 Parliamentary seats in Ireland under the first past the post system.
As Sinn Fein prepared for the 1920 Local Elections the RIC spooks told their masters in London that unless proportional representation was introduced Sinn Fein “would carry all before them.”  Sinn Fein didn’t protest at the change of rules, but carried all before them anyway, performing even better than they had in the General Election.
The RIC. urged on by the British Cabinet murdered the Lord Mayor of Cork, and produced an alternative narrative to that of the Coroner’s Inquest which found that Tomas MacCurtain had been murdered by the RIC and named Lloyd George, Churchill and others as the instigators.
Inquests were then suppressed, and Military Courts of Enquiry produced alternative narratives when the Crown Forces murdered the voters and their elected representatives. The IRISH TIMES has regurgitated those alternative narratives for years.
Incidentally, Lloyd George told C.P. Scott of THE MANCHESTER GUARDIAN his own view on proportional representation – “It was a device for defeating democracy, which was that a majority should rule,and for bringing faddists of all kinds into Parliament and establishing groups and disintegrating parties.”