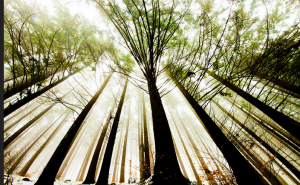 The BREXIT vote has been like the explosion of a huge bomb – we’re still scrabbling around in the debris, sometimes making happy discoveries of life where we thought there was none, sometimes finding badly- wounded and fearful people.

One of the discoveries that’s excited attention is the sight of Ian Paisley Jr urging his constituents to apply for an Irish passport. He says that  he has signed off on applications for such passports,  for many of his constituents. This has been viewed as an extraordinary development, but a little thought should tell you it’s not totally unexpected. Paisley like the rest of the DUP campaigned for a Leave vote. Now that the Leave camp have triumphed, and a majority of people here in the north are dismayed, it makes political sense for Paisley to do anything he can to mollify those constituents who are shocked and angry with the result. One way: tell them you’ll help them get an Irish passport. Like all politicians, Ian Paisley Jr rarely says anything in public without an eye on how it may play with his constituents and hence his future job prospects.

Interestingly, Ian Jr’s father, in his final months, claimed he had never tried to hide the fact that he saw himself as Irish.

A balancing set of enquiries has come flooding onto the Scottish website which helps English people who want to live in Scotland. Apparently since the BREXIT vote was decided, that site has experienced a surge of some 800%, as English people try to think of ways around what they see as a UK disaster. One can only assume  they believe Nicola Sturgeon when she says she plans to hold another independence referendum, so that Scotland can remain in the EU.

As the implications of the UK’s coming exit sink in, people are discovering who their friends are – or at least who their economic allies are. It is in the interests of all business in Ireland north and south that BREXIT has a minimal impact on trade throughout the island. That requires Irish people and the governments north and south working together. One suggestion – by the journalist Martina Devlin – is that  IDA Ireland, the south’s industrial development agency which has been so successful in attracting foreign direct investment, should be extended to include all of Ireland. That strikes me as a sensible and positive idea, and one which would make equal sense even to the most obdurate of unionists.

Of course there’s a danger in reading too much into the discoveries that people are making as they see the BREXIT dust subside. Ian Paisley considering himself Irish or his son urging constituents to acquire Irish passports doesn’t mean either was/is an Irish republican. And finding common ground economically is not the same as common ground politically. But it’s amazing the change in tone and perception that can come, when you start working alongside people  to achieve shared objectives.

54 Responses to AS THE BREXIT DUST SETTLES…