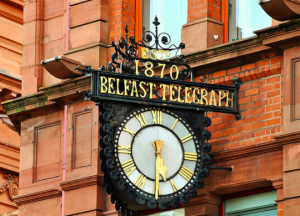 It is a regrettable confirmation that the upper echelons of unionism have a long way to go in the journey towards an inclusive society when the Belfast Telegraph (which claims to serve the entire community) allows its pages to be used by politician Nelson McCausland to compare the savage murder of Catholic priest Father Jacques Hamel with what he calls “Republican atrocities from the Troubles”(!) (Belfast Telegraph, 28 July 2016)

McCausland’s lengthy column focuses on several conflict-related killings in or near to churches or places of Christian worship. All cases mentioned were carried out by various republican groups – the victims are military, judiciary and civilian. Not a single one of the examples used relates to killings carried out by pro-British forces – whether in uniform or out of uniform.

Many of the most brutal killings of civilians in McCausland’s own home area of north Belfast were carried out by unionist paramilitary groups which McCausland himself and his party have previously been closely associated with. The vast majority of those victims were co-religionists of Father Hamel and like Father Hamel, their only crime was their Catholic faith.

The people of north Belfast have grown well used to the blatant sectarianism of Nelson McCausland but for the Belfast Telegraph to sponsor this one-sided hypocrisy, which exploits the memory of an elderly Catholic priest brutally murdered during the sacrament of the Mass, is nothing short of shameful. It is ironic that McCausland uses the column space at his disposal to accuse others of wanting to rewrite the past, worse still that the Belfast Telegraph allows him to do just exactly that.