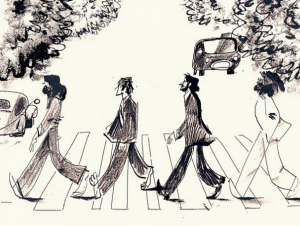 All very hush hush on the first phase of the negotiations taking place which will involve Cameron and similar EU stooges to test the waters before real negotiations begin later in the year when there is a PM to talk to and activate article 50. In the mean time I thought I would put together my own thoughts on what a credible PM of England might consider just to keep the arguments going. I would first of all let the UK break up, and allow Scotland to negotiate its own terms for access to the single market or membership of the EU.

I would not pay a single penny to the EU for access to the single market while there was a trade deficit with England, but in return not expect the EU to pay for a free trade deal with England and also agree to review this should there be a change in this deficit.

The EU will have to reform, at the moment it is totally skewed in favour of Germany and the Netherlands.  I imagine that some import based fee would need to be agreed to keep France on board a while longer anyway.

Germany refused to reform because they did not believe England would have the courage to leave and they will now have no choice as the EU cannot survive without England inside the single market no matter how positive an outlook they put on it.

Scotland, Wales and Northern Ireland would have to pay their way in EU like all the other member nations.

England will allow tariff free access to the gas network running through England to Scotland and Wales which also supplies all of Ireland via Moffat.

On the breakup of the UK, England would no longer fund Scotland or Northern Ireland.

As Northern Ireland wished to remain in the EU, England will agree to pay £20 billion per year over a 10 year period to allow it to rebuild its economy, cement the peace process and hold a referendum on unification at the end of the period.  This would be factored through the single market entrance fees to dupe the French public the way the EU does things.

Ireland will remain in the EU along with Scotland.

Scotland will allow Trident to remain in the Clyde as part of the agreement and will receive remuneration for access until an alternative base is built in north England which will boost the economy there.

England will maintain its own army separate from the EU while Scotland will find its own linked to the EU and Northern Ireland will likewise pay for all its own security costs.

Immigration to England will be open to the whole planet and based on points.  EU nations may be given additional preference points based on negotiations.

The common travel area will apply only to all of Ireland, England, Scotland and Wales.

The NHS in England will be privatised with free hospital care for the most vulnerable but a small charge (£10) for all emergency treatments, ambulance call outs and prescriptions etc…  A Health insurance based system will replace free health care.

Scotland and Northern Ireland can decide their own health systems but the same fees will apply when in England to everyone.

Welfare will also be based on a minimum of 4 years contributions through work or voluntary work to receive benefits while earning contributions.

Existing EU residents will be entitled to remain.

View all posts by Jude Collins →
‘Reading the Chilcot Report. Sort of.’
THE LITTLE WORLD BEFORE THE 1916 RISING AND THE BATTLE OF THE SOMME by Donal Kennedy