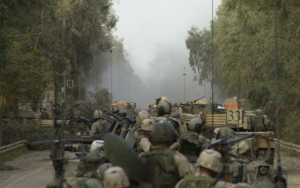 I could go on but here’s the thing. Does anyone know what programmes on TV and/or radio will be hauling these people over the coals, demanding an explanation of the part they played in facilitating an illegal invasion and  the deaths of tens of thousands of innocent people? Or will it be confined to them being flayed by prominent columnists in the press?