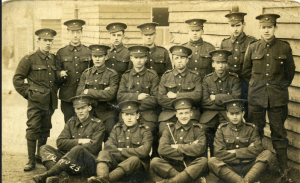 Tens of thousands of men joined the British forces, the Daily Telegraph recently reported, because of the shooting by Germans in 1915 of the British spy Edith Cavell. For one hundred years British governments upheld the lie that she was innocent of spying but  Dame Stella Rimington, former Director of MI5 has confirmed that she was a spy. She was playing what British Special forces today call big boys’ games, rather than what they’d call a big girl’s blouse.

For 150 years Sir Christopher Wren’s monument in London’s Pudding Lane was emblazoned with the lie that Catholics had caused the Great Fire of London. I doubt the clique of businessmen who a few years later invited William of Orange to London believed that story but feel certain that many men who risked or gave their lives to  place him on the throne were influenced by it and that the Gordon Rioters of 1780 were similarly influenced. I speak here of England. Other lies of a similar nature have long inspired some people in Scotland and in Ireland.
“What passing bells for those who die like cattle?”   Asked Wilfred Owen, who fought and died in “The Great War.”  The late Alan Clark, the raffish Tory MP, described British soldiers in that War as “Lions led by donkeys” which some consider unfair to generals, and others, presumably, to donkeys.
I’d suggest that many millions of unfortunate victims behaved like DONKEYS FED BY LIARS.
I fear that millions more are feeding on similar fare.