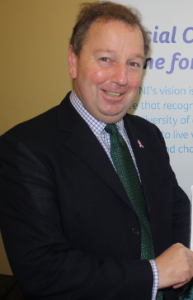 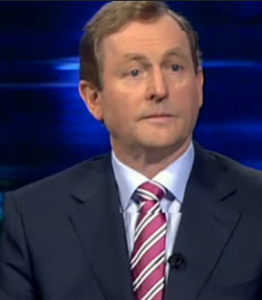 I saw a remarkable sight on the TV about ten days ago. It was Enda Kenny at a specially convened meeting of the British-Irish Council. Enda was looking and talking serious stuff.

“We do not want to see a European border on the island of Ireland”. Right on, Enda. The thing is, might we have to leave it at wanting? Uh-Uh. Enda is playing hardball: “There will not be a hard border from Dundalk to Derry.”

I had to believe Enda said that, because there he was on the screen with his lips moving (less smart remarks, Virginia). But is it possible that Enda carries such weight in the EU that for him to want something (no EU border in Ireland) is for him to get it (there’ll be no hard border)? It’s difficult to say definitively; but there’s a delicious irony in the fact that it took a referendum sparked by Tory in-fighting to get Enda to use the word ‘border’ at all. I did a half-hour interview with Enda a few years’ back about Easter 1916 and the present day: the word ‘border’ never passed his lips.

Some say neither Enda nor anybody else should be using the words “border” and “poll” in the one sentence. Our First Minister Arlene Foster is notable in this regard. When it was mentioned a few years back by someone in Sinn Féin, Arlene smiled and told them to be careful what they wish for. Now that Enda’s mentioned it, she’s suggested that it’s maybe something in the Donegal Summer air has set the Taoiseach’s tongue flapping. A border poll, Arlene figures, would lead to dangerous instability. Put another way: unionists would get annoyed and maybe even angry.

I find that worrying. Not the prospect of unionists getting upset but the fact that Arlene, whom I’ve always thought of as one of Unionism’s more acceptable faces, should bat aside the very suggestion and follow up with a warning for anyone else tempted to use the term. If this is the voice of liberal unionism, what must the hardline voice sound like?

Nor was Arlene the only unionist voice and face in the news recently. As most of us know by now an incident involving the UUP MP Danny Kinahan made for some head-scratching, since Danny is something of a poster boy for liberal unionism. On 11 July, Danny posted a photograph on Twitter. It showed him holding up a big cheque for £600 with the comment: “Well done Ladyhill Bonfire Group…Donation to Meningitis NI…& great turnout from families and local groups”. So far so commendable. But directly behind Danny there towers a large bonfire waiting for the Eleventh Night torch. On its side there is a huge notice: ‘No Funding, No Culture Erosion, No Surrender’. And on top of the bonfire sits the Irish national flag.

Now I’m given to understand that Danny has since said he should have arranged for the tricolour to be removed, before the photograph was taken. What he did not say was that the tricolour should never have been there in the first place, or that he was appalled to find it there and wouldn’t dream of having his photograph taken as long as it was there, since that might suggest he was in some way in accord with such bonfire decorations. At the time of writing, the picture is still on proud display in Danny’s Twitter account.

As good Christians, Arlene and Danny are probably familiar with St Luke’s gospel: “For if they do these things in a green tree, what shall be done in the dry?” Transferred to our local situation, the question might be: “If this is the line liberal unionist politicians are taking, what can we expect from those who are hardline?”

Or am I the only one hearing a note of relaxed unionist arrogance in the Summer air?

37 Responses to Enda and Arlene and Danny: something in the Summer air?